‘We Are F1rst’ Zoom meeting gets hacked 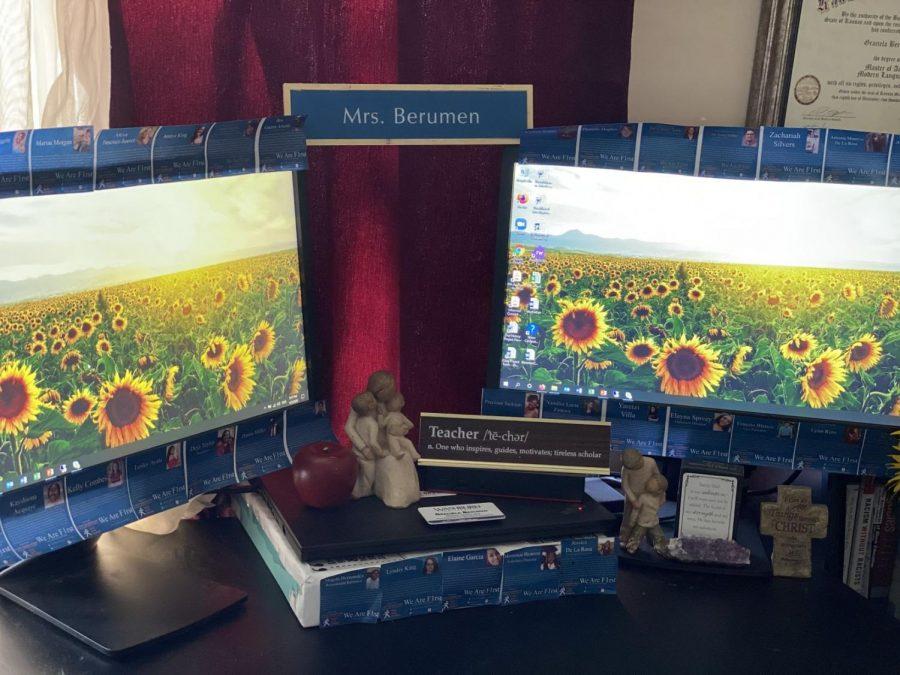 Office away from office: There was a shift in location, but the best is being made out of the situation. This is the view that Graciela Berumen see's during her workday.

Washburn’s We Are F1rst, a first-generation college student organization, had their monthly meeting at 4 p.m. Wednesday, April 1, over Zoom with special guest, Honorable Judge Cheryl A. Rios.

Judge Rios, a court district judge, was a first-generation student who graduated from Washburn School of Law in 1993.

The meeting was focused on “how to create not only networks within WU but also throughout the community,” said First-Generation Recruitment and Retention Specialist Graciela Berumen.

Berumen explained why Judge Rios was invited to speak: to provide insight on challenges she faced and how important it is to use the resources that Washburn University provides.

The Zoom meeting was hacked.

Olivia Watson, a freshman mass media major who attended the meeting, explained that the man who interrupted the meeting had a skull mask on – to disguise himself.

Eventually more people joined in. They were threatening members and using racial slurs.

Beruman said the racial slur used was the n-word.

“They were also being annoying, disruptive, and loud and showed pornographic images,” said Berumen. “Everyone is welcome at ‘We Are F1rst’ meetings and it’s not surprising to see unfamiliar faces and names at our meetings.”

Once Berumen realized what happened, she tried to mute their microphones and disable their cameras.

The Washburn University tech department spoke about Zoom hacking. An employee said it is easy for people to hack into a Zoom meeting.

“The problem is the meetings are typically set to public,” said ITS. “They say it shouldn’t be easy for someone to get the ID for the meeting unless someone gives it out. There is a way to make meetings on Zoom private, but ITS explained that it would be a complicated process – especially for professors [simulating] a classroom setting and having many students who need to be in them.”

Berumen said it’s hard to understand why a group of people would want to be disruptive in times like this.

“We try so hard to help our students and to provide spaces for them to succeed. Having to worry about these types of things is unfortunate,” said Berumen.

According to a student, the individual who hacked the meeting began to state names of participants.

“I thought it was frightening at first – I think it’s because the guy kept saying my name,” said Watson.

Berumen said, looking back, she would have ended the meeting immediately. Luckily, they were able to send members of the meeting a new link and finish.

Watson explained that the best way for people’s meetings not to get hacked would be to make them private.

“It takes more work to get on, but you know it avoids random hacking,” said Watson.

Here are some preventative measures to take to guard your meetings from hackers:

Avoid using your Personal Meeting ID to host public eventsFamiliarize yourself with Zoom’s settings and features such as the waiting room, which allows the host to control who comes and goes from a meetingAllow only signed-in users to join a meeting