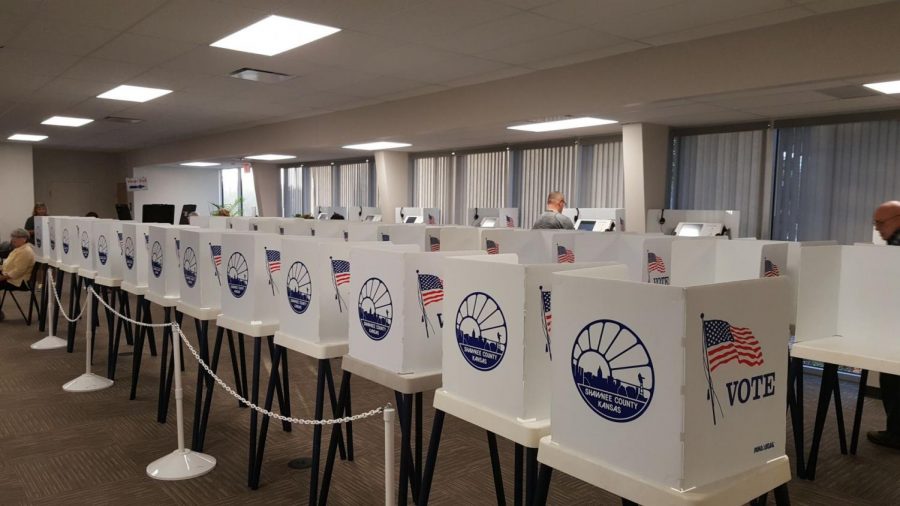 Advance voting occurs from Oct. 24 to Nov. 4, in Shawnee County.

“Advance voting is a management tool for the elections office that allows us to lower the amount of people who have to vote on election day,” said Andrew Howell, Shawnee County Election Commissioner. “This helps with crowd and line control as it relates to trying to keep waiting time from getting too long. If we can get 10 to 20 percent of the public to vote early, that helps us with 10 to 20 percent less people in line on election day.”

There are two ways to cast an advance ballot in Shawnee County. First, voters can mail ballots. Statute requires that early voters request an advance voting application, which you can find on the Shawnee County Election Office website or in their office at 3420 SW Van Buren Street, Topeka, KS.

The second option is to vote in person at the Election Office. Registered voters in Shawnee County need to bring a government-issued photo ID.

“People have busy lives; they have things they’re doing and if they can vote quickly, especially here where we try to keep that wait time to five minutes, I think we’re doing our job,” Howell said. “Our testing internally, even with running over 1200 people through the building in one day, we had wait times down to less than five minutes for all voters throughout.”

Not only does advance voting help with convenience, it also helps with turnout. According to Howell, every presidential election in Shawnee County typically has a turnout of registered voters at roughly 70%. Compared to the national average of 58% in the 2012 election according to the Washington Post.

The Election Commissioner also commented on concerns about the legitimacy of the democratic process.

“I think it’s very important that people have confidence in the voting systems and the people behind them and how things are done,” Howell said. “The number one thing in Shawnee County that people said they were worried about, across the board, was they wanted to know that the new voting system was paper-based and fully-auditable. In Shawnee County, your ballot is saved by statute for over 22 months in a presidential election so if there were ever a question, there’s always the ability to go back and verify what did or did not happen.”

Additionally, if anyone in the public, young or old, party-affiliated or not, wants to get involved, you can become a Shawnee County election worker. Shawnee County has nearly 800 election workers on election day, and there are still spots left, both short-term and long-term. Relevant information can be found on the Election Office’s website or at their office.