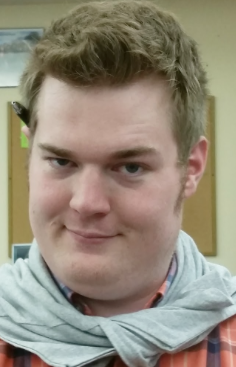 First off, this piece is not meant to offend anyone. From my point of view, introverts have been getting a lot of attention lately. Rightfully so, I might add, because extraversion has become the norm for so long. Whether this is a recent change, or whether extroverts have been softly spoken this entire time, I am unsure.

It does seem that for all of history, society has praised extroverts while mocking the introvert. The hermit, or the shy person who can’t talk to their crush, or the person with social anxiety about crowds, have all been archetypes of introverts in the media for a long time.

However, from the perspective of an extrovert, I feel as though introverts get special attention. I feel as though I only hear the word introvert in conversation when it is in comparison to an extrovert or in the same sentence as anxiety. It is true that social interactions of specific types can drain introverts, but extroverts also have social anxieties.

For example, an introvert may lose energy in a crowd and gain it while being alone, which means they typically avoid being in large groups or with people they barely know for long periods of time.

As an extrovert however, I lose all of my energy after being alone for long periods of time. In my time as a hyperactive extrovert, I’ve probably been told to talk quieter and to use my inside voice hundreds upon hundreds of times. I am excitable. I get excited easier about things, whether it is babies, bunnies, bees, bacon, or just realizing everything I said starts with the same letter.

One of the things I have found as an extrovert is that a lot of times I relate better to older people, because they grew up in a time where talking to people wasn’t weird and social anxiety didn’t have a name yet.

I cannot speak for all extroverts, but I think it is glossed over how they have different, but equally valid feelings as introverts. It is just easier to validate introverted behavior, because of personal space and sometimes extroverts come off as being rude.

Finally, I just want everyone to know that extraversion is just as bad sometimes. Being alone, silence and just time that I can’t interact with people is exhausting. I need that. I need human contact. If I was Tom Hanks in “Cast Away”, my first course of action would be searching the island for people, then I would have built a cell tower, not to call for help, but to get the energy to build shelter. I wish that was a joke.