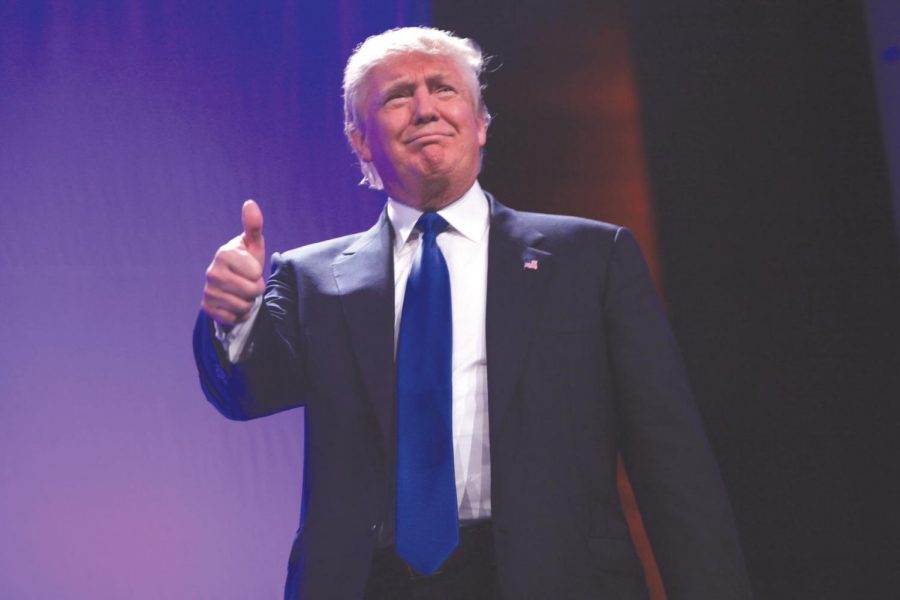 Electoral Surprise: Donald Trump surprises supporters and pundits alike by pulling a victory by focusing on the Rust Belt of America. As of two weeks ago, almost nobody would have predicted this outcome for the 2016 presidential election.

The Republican primary was bloated with over 10 major contenders, with reality TV star Donald Trump and his immense media skills giving him the winning charm and charisma needed to advance to the general election past contenders Governor John Kasich and Senator Ted Cruz.

Things were quite different on the democratic side, where former secretary of state, senator from New York and first lady of the U.S. Hillary Clinton was assumed to head the party’s ticket.

At what was first considered a laughable campaign, senator Bernie Sanders of Vermont created almost overnight momentum, surprising many with his unprecedented challenge.

After a much closer contest than anyone expected, Hillary Clinton declared victory in the Democratic primary in late July, becoming the first female candidate from a major party.

With both major party candidates chosen, the general election began. The competition was mired from the beginning in scandals, as Hillary’s private email server that she used as secretary of state garnered more criticism than any other issue in the mainstream news for allegedly compromising national security and showing bad judgment.

Donald Trump was embroiled in his own scandals, as he was caught in gaffe after gaffe of misunderstandings and fact-checks, leading to an all-time low of the electorate that believed he was qualified to be president. Additionally, a video came out in early October showing Trump in 2006 with Hollywood Access host Billy Bush saying a series of very derogatory phrases showcasing what many have claimed is a disregard for women in general.

Every four years America has a big decision to face, and last night it made a clear choice that will shape the future of our country. After eight years of President Obama, President Trump has earned his own historically remarkable term.