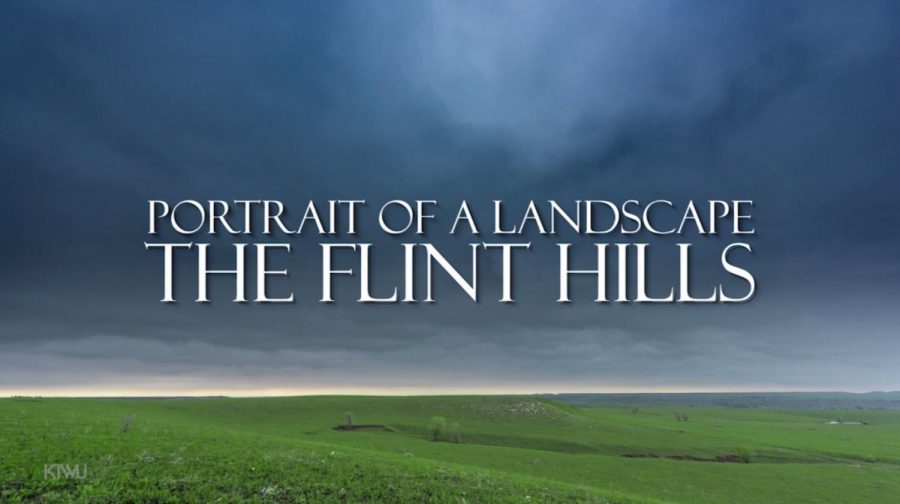 The title image for KTWU's new program PORTRAIT OF A LANDSCAPE: THE FLINT HILLS, to be nationally distributed on the PBS Plus service in spring 2017.

PBS selected KTWU’s “Portrait of a Landscape: The Flint Hills” for national distribution and the television program will start airing in spring of 2017.

In its first deal for national distribution, the on-campus public television station KTWU partnered with many independent producers to release a piece of programming dedicated to the natural beauty of the Flint Hills. The program, picked up by the PBS Plus service that provides public television stations across the country with content to air at their discretion, is a show dedicated to presenting the spring season as it appears in parts of Eastern Kansas.

“This was really an idea that had not been done by the station ever before,” said Jared Gregg, production director and executive producer for KTWU. “Most of what we do is very traditional PBS [programming]. [This is] unlike any show we’ve really produced here before. So this one has been very unique and I think that’s kind of what was so exciting about it being picked up by PBS is that it was so different not only for us but for the PBS schedule.”

The PBS Plus distribution network is home to many famous PBS programs such as “This Old House,” “Austin City Limits” and “Charlie Rose.” While most of these programs are created at individual PBS stations, it is almost unheard of to see smaller operations such as KTWU compete alongside them.

“It reflects very positively because when you can say you have PBS distribution under your belt then other independent producers are willing to come to you because they know that you are behind reputable content,” said Val VanDerSluis, director of programming, content and social media for KTWU. “Then other public television stations, when they know you have distributed PBS programming before, they know that they can trust your content and they don’t have to put it through such a rigorous screening process in the future because they know what you’re distributing is high quality and is going to be good for their schedule.”

The program itself is similar in concept to other PBS programs like “Over Ireland” and “Over Italy” which provide ambient photography, aerial shots and soothing music while showcasing the atmospheric beauty of a landscape.

“We’re looking to do four seasons of the Flint Hills, so this was a pilot for us to kick off the remainder of the series,” VanDerSluis said. “So spring was this. We do kind of go in a chronological order of events from the Flint Hills in the beginning of spring to when everything is blooming and green, but at some point, yes, we do plan on launching a few other seasons in the future.”

Channel 11 KTWU produced “Portrait of a Landscape: The Flint Hills” in partnership with Colin MacMillan, Matt White and Dustin Lutt of Rockhouse Motion.