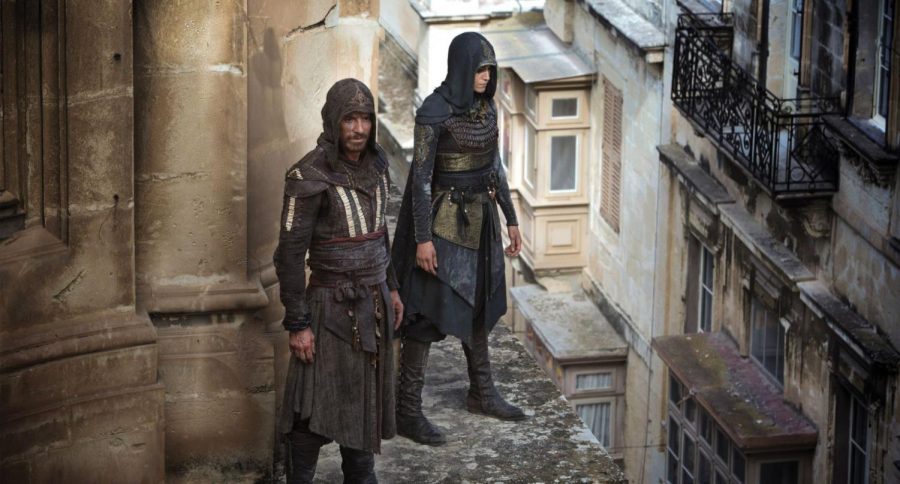 The videogame franchise “Assassin’s Creed” is something of a pop culture marvel.

For centuries, the Templar Order and the Brotherhood of Assassins have been fighting a secret war over the Apple of Eden, a powerful artifact able to remove humankind’s free will and subjugate the entire world. During the time of the Spanish Inquistion, Aguilar de Nerha (Michael Fassbender) is an Assassin trying to stop the Templar from capturing the Apple. His memories are viewed through modern day former criminal Callum Lynch, a descendant of Aguilar. Hired to experience his ancestor’s memories built by the mysterious Abstergo Industries and locate the Apple, Cal embarks on an epic journey through time.

“Assassin’s Creed” has singlehandedly become one of the highest selling video game franchises of all time without having anything positive to attribute to its name. The games have committed every game design sin in the book, yet still manage to sell well every year. The film based on the franchise is no better. Its dull plot filled with unlikeable characters only occasionally boasts some intriguing landscape visuals, but even the movie’s action, its potential savior, is a dud as well. Confusing camera angles and rough editing make any close-combat fight unintelligible and the disgusting love of parkour is palpable. “Assassin’s Creed” is a mess of a movie and one that should have stayed on the cutting room floor.

Let’s first highlight the absolute incoherence of this film. Anyone without prior knowledge of the “Assassin’s Creed” universe from the game series will have no idea what is happening in this movie. The existence of the Templar and the Brotherhood’s conflict is never properly setup to be understood, and the same can be said for Abstergo Industries connections to the Templar Order. The film handles this fact so poorly, simply assuming that anyone in the theater will have that information already.

The real sin of the film is how absolutely generic and dull the story is. This movie and the games are about people who go back in time and experience the memories of their assassin ancestors. An amazing premise such as that should be very hard to fail and yet “Assassin’s Creed,” like the games it’s based on, is painfully boring. Its dialogue is heavy on exposition with little emotion, the characters lack any personality and often talk like monotone robots. Great talents like Jeremy Irons, Michael Fassbender and Marion Cotillard have been wasted by a script unfit for them. I hate to use the word “boring,” but that’s the perfect way to describe this film: boring. It moves absolutely nowhere, its plot is designed to have characters reach certain action scenes.

Even the action scenes don’t deliver. The camera is shaky and too close to the fighters, the cuts too rapid and distracting that half the time you can’t tell what’s happening. The few times when the camera goes wide on a fight scene you realize how generic the fight choreography is.

The resulting film is a distracting mess that is completely unlikeable and likely won’t even impress the guileless fans of the horrible video-game series it’s based on.