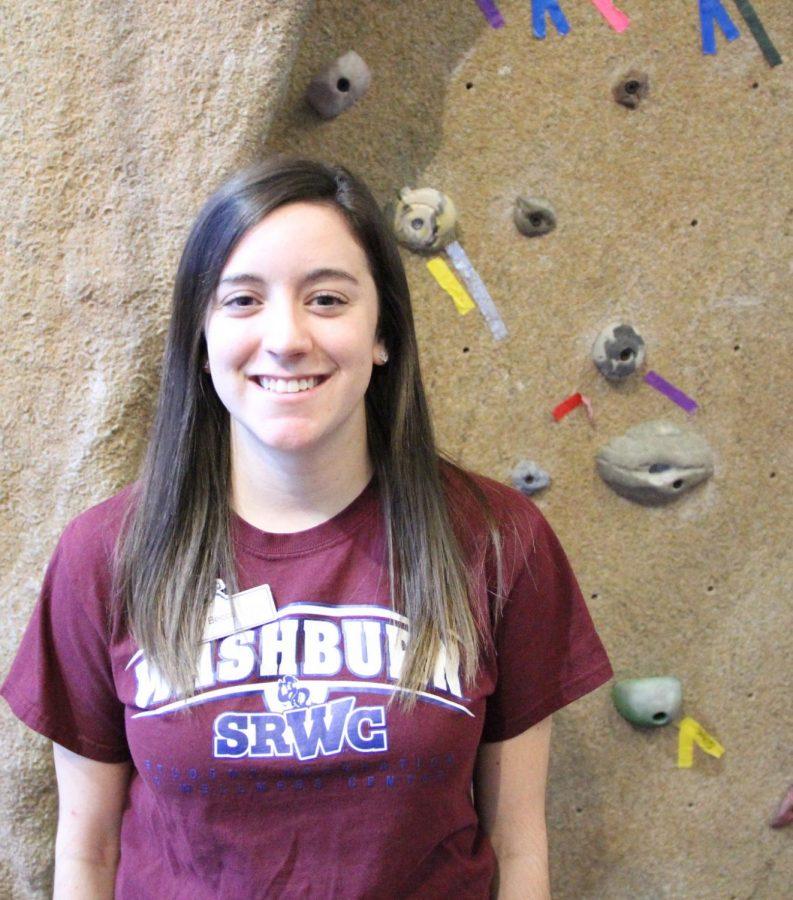 Working Hard: Becca Funk showing the Ichabod's how to work.

Washburn University has a recreation center located on its campus. The Student Recreation and Wellness Center is located near the Lee Arena and the practice fields.

The center has basketball courts, gym equipment, a track, and offers several classes and group workouts. If one were to visit the center at any point during operating hours, he or she would find any number of students or faculty inside. The rec is a very popular and beneficial structure on campus. There are several reasons for this.

The obvious is that it provides a platform of physical exercise for students, keeping students in good physical and mental shape. However, diving deeper reveals that students have several other reasons to explain their love of the rec. Jordyn Kirby, freshman nursing major, explains that the rec’s existence is very convenient for students. She says tries to go every day. “Also, you don’t have to pay for it,” Kirby said.

Nick Satterwhite, senior actuarial science major said. He says he goes about three to four times a week. He also appreciates the convenience that the rec supplies students.

“It’s included in my tuition, so I don’t have to pay to go to a gym,” said Satterwhite.

Aside from being covered in students’ tuitions, the rec also gives students opportunities of employment. Becca Funk, a junior education major, works at the rec.

For Funk, the rec wasn’t just a close place to work out. It was a place that made her transition to this city and this campus so much easier, and she is very thankful for that.

The rec also acts as an escape for students, a way to leave the stress of classes and exams behind for a short time.

Being a student is hard, and people can really get stressed out about grades and assignments. To combat that, Washburn has provided its students with the perfect place to go and escape that difficult life.