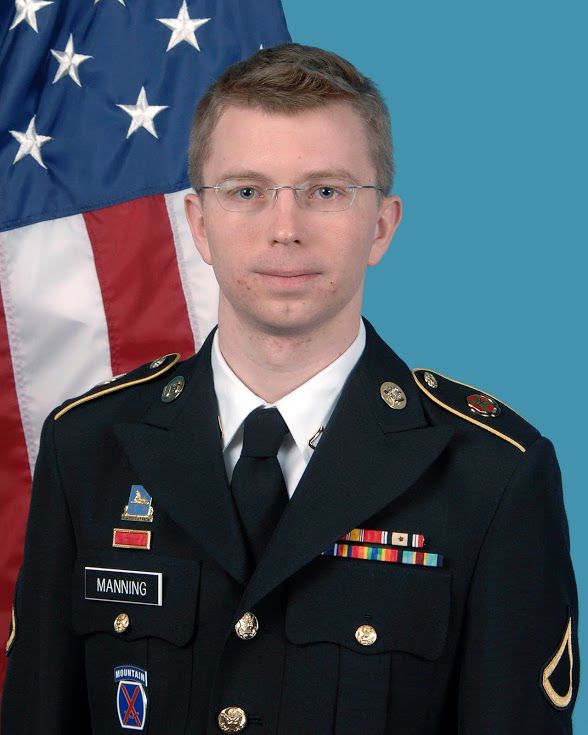 In his final days as president, Barack Obama moved to commute Chelsea Manning, U.S. Army private and the source of the Iraq War Logs and Afghan War Diaries.

She was originally sentenced to 35 years in prison, but the commute shortens her release to May 17, instead of the initial 2045 release date.

In 2013, the courts-martial convicted Manning of 20 out of 22 charges after leaking more than 700,000 classified or sensitive documents to Wikileaks. Manning avoided the most serious charge of aiding the enemy, which could have resulted in a death sentence. Fort Leavenworth currently houses Manning.

Manning’s actions were similar to those of Edward Snowden. Some saw her as a vigilante, a modern equivalent to the Unknown Protester of the Tienanmen Square protests who stood up to the government. Others saw her as a traitor, leaking government secrets that could jeopardize national security.

President Obama pardoned or commuted others in his final days in office, including James Cartwright, former vice chairman for the U.S. Joint Chiefs of Staff, who lied about leaking top secret information regarding the U.S. involvement in the Iranian Nuclear Program, which the United States was trying to cripple.

Manning was born and served as Bradley Manning until 2013, when she officially asked to be called and identified as female in a press release. In 2014 the Kansas District Court officially accepted her petition to legally change her name to Chelsea Manning.

Bob Beatty, professor of political science, understood Obama’s reasons for pardoning Manning because of her difficult time in prison, which included two suicide attempts in 2016.

“I think Manning was looked at as not the mastermind, clearly a more minor player than [Julian] Assange or Snowden,” Beatty said. “I do believe what Obama said. She has paid the penalty for what she did. I think that means at this point, Assange and Snowden have no appetite for clemency but Manning was a special case given she wasn’t the mastermind and the difficulty she’s had in the prison system. There’s a humanitarian aspect as well.”

“I wasn’t surprised because Snowden is a different animal in the sense that he was in the intelligence community in a very important spot. Some people argue for transparency but you still have to have secrets to undertake foreign policy maneuvers.”

“I look at her and I take away the fact that she’s transgender,” Walton said. “People often make things like race and orientation or level of education relevant in terms of the law and I don’t think that’s necessary. She’s a citizen, that’s what matters. As far as I’m concerned, a citizen released documents that were sensitive or classified. I think Obama is taking in personal factors.”

Walton expresses some sympathy toward Manning.

“I truly hope she resolves her personal issues,” Walton said. “I hope the best for her, but in a court of law [personal issues] aren’t relevant. Thirty-five years is a long harsh sentence, but she was fairly taken through the court system and they deemed 35 years acceptable.”