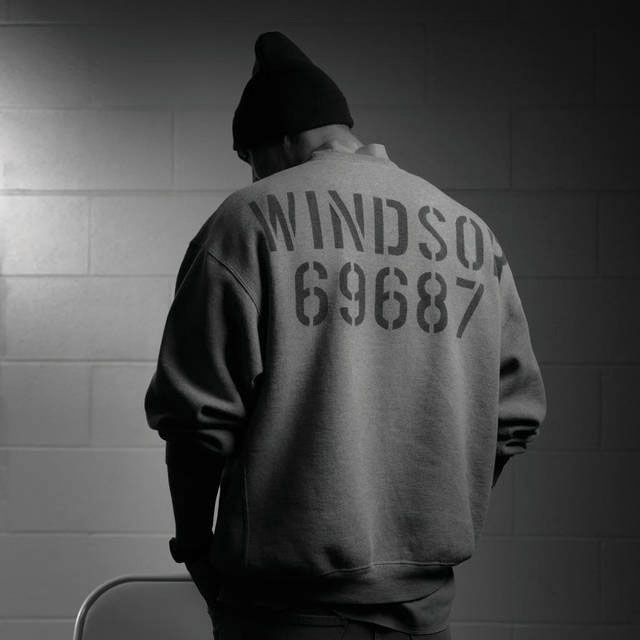 Assuring: “Care, forgive, contribute and be the dawn that ends the dark night.,” reads the quote underneath this photo titled “Damian.” The quote highlights the positive change done by “Reaching Out From Within.”

“Faces of Change” was introduced Jan. 18 to the Mulvane Art Gallery and the installation features a series of provocative, black and white photographs of inmates who are participating in a program called “Reaching Out From Within.”

The program was started by activist SuEllen Fried and is currently being implemented inside every Kansas Correctional Facility for men and women. The mission statement of the program is to help inmates understand the “roots of violence in their lives,” writes Jeff Bremser, a spokesperson for “Reaching Out From Within.” Men and women who have participated in the program have had huge changes in their behavior and “rates of recidivism for participants show a huge drop,” reports Bremser. Inmates attend group meetings and reflect on past traumas, question their destructive patterns and respect all members of the group.

Nick Vedros teamed up with Fried and arts patron Bebe Kemper to create “Faces of Change,” which documents the way these inmates have changed during their time in “Reaching Out From Within.” Vedros graduated from the University of Missouri Journalism School and is known for taking an infamous photograph of Gerald Ford during the ’76 Republican National Convention. He describes his work as “putting 4 sides around an idea.” He has also worked with Apple, McDonald’s, Coca-Cola and Sony. He is one of the original members of the prestigious and exclusive Canon Explorers of Light organization.

His newest piece captures the vulnerability of men and women who have worked hard with perseverance. Amongst his portraits, Vedros has also placed images of high walls covered in barbed wire and guards in towers scanning the ground of the prison for anomalies. The pictures capture the reality of the lives these men and women are a part of and the pictures of them highlight the progress they’ve made.

“Cornelius” captures a young African-American wearing a beanie and sporting a light goatee.

He looks out beyond the camera lens. What he sees we do not know, but he certainly appears as though he’s looking to his future and he’s longing for his release so he can show people how much progress he has made during his time with “Reaching Out From Within.” Underneath his bright and smiling face, hangs a quote from him, “Controlling my anger opened my eyes. I see a better man.”

A young hooded woman with a smirk of determination looks proudly at the camera. Melanie is her name and the quote below her captures a universal truth that everyone could learn from, “I’ve made mistakes, but you can’t let mistakes define who you are.”

Among Melanie and Cornelius, other faces gather, ready to share their knowledge. These moments capture people who have made great strides to better their lives and the inspiration garnered from the photos is palpable. The gallery has been received warmly by “Reaching Out From Within.”

“ ‘Faces of Change’ is a powerful testament to the endurance of the human spirit. It’s real immediate, haunting, riveting,” Bremser writes. “Given a change, humanity will find a way. The courage and hope of people, who by all rights should have none, shine through in every image, every word.”

“Faces of Change” will be available for viewing until April 1 at Mulvane Art Gallery. There will be a brown bag lunch conversation about the exhibition held at noon Feb. 24.