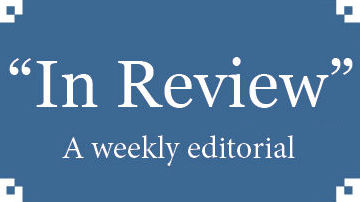 Mental illness and U. S. society’s tragic inability to cope with it never cease to be relevant.

One in five adults in the United States, more than 40 million people, have some mental health condition, according to Mental Health America’s 2017 report. That number is likely larger than many realize and out of that 40 million, 56 percent do not receive treatment. In Kansas specifically, that number is 51.5 percent. Furthermore, lower access to mental health care directly correlates to higher incarceration rates.

Two major reasons why so many go untreated are lack of awareness and social stigma.

When a person gets a cough or fever, the symptoms are treated almost instantly. People don’t try to live with the symptoms for ten years to eventually decide they may have a problem. Whether it’s just allergies or something more serious like bronchitis or pneumonia, preventative measures are taken.

People should treat mental illness the same way. They should seek help when they start to lose sleep or feel unmotivated or anxious for seemingly no reason. Maybe it is a minor issue that will eventually go away on its own. Maybe they’re symptoms of a serious medical condition.

Early identification of mental illness can be difficult, because many people are unfamiliar with the symptoms of mental illness. Some common symptoms to be aware of include problems with concentration or memory, feelings of hopelessness, worthlessness or excessive worry and sudden changes in appetite or sleep patterns.

More serious symptoms that require immediate attention, according to Mental Health America, include thoughts of hurting oneself or others, hearing or seeing things that no one else can hear or see, serious drops in school or work performance, and sudden changes in thought, speech or personality that are out of character.

Our society needs to overcome the stigma surrounding mental illness before it can get to a point where people are comfortable acknowledging symptoms of and seeking treatment for mental illness. It is important to realize these are common problems and that they are medical problems. Taking medication for bipolar disorder or schizophrenia is no different from taking insulin shots for diabetes.

The good news is that students at Washburn University have access to free health and counseling services in Morgan Hall Room 140. Most mental illnesses don’t have simple fixes. It takes time to learn how to manage them, but they are treatable.