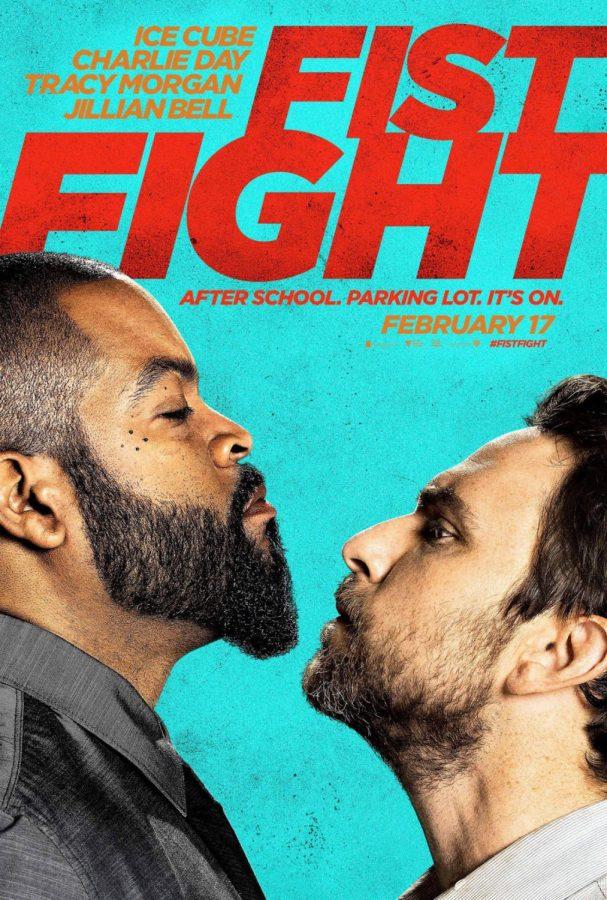 This should have been a perfect storm of comedy.

On the last day of the school year, high school teachers are trying to survive mass firings and a barage of senior pranks. Mr. Campbell (Charlie Day) is a passive, well-meaning English teacher trying to juggle his career and home life. When he makes a decision to throw a fellow teacher Mr. Strickland (Ice Cube) under the bus to save his own job, Strickland challenges Campbell to a fist fight after school.

This movie’s writing was a mixed bag. From that set-up alone, you can already assume that the story is going to crank up the crazy. We get everything from horses on meth, students selling teachers molly, children rapping Big Sean and teachers weilding fire axes. Those kind of off the wall antics paired with Ice Cube and Day’s deadpan humor are great when they land with the audience, but when they flop, they flop hard. It’s not even so much that the less popular jokes are cringe-worthy or will make people angry, it’s more that you just hear crickets rather than laughter.

Ice Cube and Day make a great duo. These two are no strangers to comedy, and they know how to juggle a long string of dark, deadpan humor with physical comedy. These two work exceptionally well together despite a slightly-above average script, and I would readily welcome another team-up on future projects.

Other notable cast members include Tracy Morgan, Jillian Bell, Christina Hendricks and Dean Norris, all of them known as fan favorites for their respective cable shows in recent years. It was smart to stack the cast with so many familiar faces. They all riffed off one another well enough that you could buy them all as co-workers and friends. However, a critique I had with the casting was that these actors each played roles in “Fist Fight” that were way too similar to the roles they’re best known for. Dean Norris in particular, best known as Hank from “Breaking Bad,” is essentially the same exact character, but better dressed. Niche casting was an easy out for producers here.

“Fist Fight” made me laugh out loud more than once. The plot was predictable from start to finish and some of the actors were too obvious choices for their roles. However, the over-arching themes, tight editing and talented cast make this comedy worth seeing anyway.