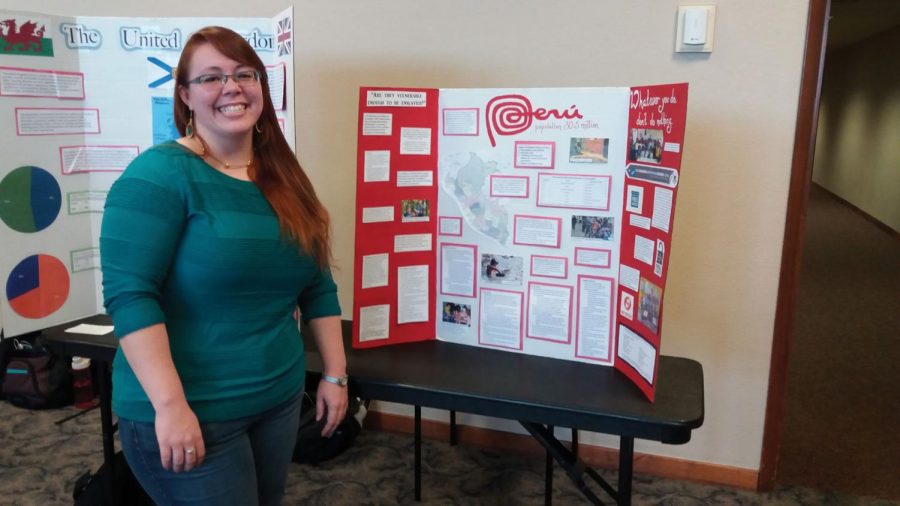 Derailing Trafficking: Bug Steimle, senior criminal justice and Spanish double major, presents her findings on trafficking in Peru. She found that 40 percent of trafficking consists of impoverished people in the country, and the more vulnerable towns were located in more remote areas – such as the jungle. Most recruiters will target children and women, and many people in vulnerable areas aren’t educated well enough about safety. Steimle became interested in studying Peru after living there, and presents ways that people are able to donate to stop trafficking or gather information to avoid promoting child labor in many countries.