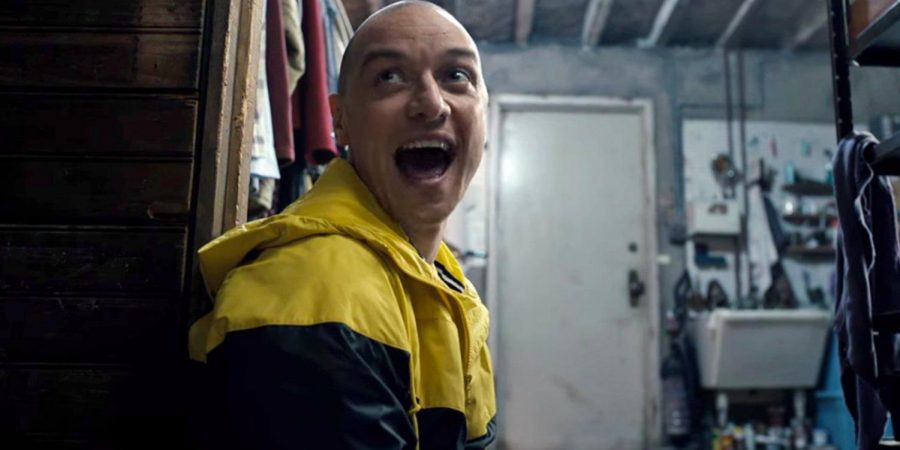 Divisive Darling: "Split" premiered at the 2016  Austin, Texas film festival known as Fantastic Fest. Since then, the film has garnered high praise for its cast and original story-telling, but has drawn scrutiny from the mental health community for the its villainous portrayal of a mentally unwell man.

Three young girls are kidnapped by Kevin (James McAvoy), a man with dissociative identity disorder (DID) who has 23 distinct personalities occupying his mind. Only one of the girls, Casey (Anya Taylor-Joy), seems to grasp the full reality of their situation and each tries to make a daring escape. The girls are occasionally told by some of Kevin’s personalities that they are intended to help awaken The Beast, a 24th personality that has immense physical power. The girls try to escape before inevitable awakening this dangerous part of Kevin’s psyche.

“Split” is a great return to form for Shyamalan. It boasts some fantastic thrilling sequences and an amazing performance from McAvoy. The film sadly drags in its second act and often the three main protagonists, even Casey who we are supposed to perceive as the smart girl, often pull off really idiotic decisions in the face of danger. Sure these idiotic mistakes tend to make for some really chilling and scary moments, but it’s all pretty standard fair. Shyamalan has never really been a horror director, so his scary moments are pretty subpar compared to other horror films of recent memory, but “Split” does offer some genuinely scary moments. The movie also lags in this second act because the film takes too much time focusing on a psychologist analyzing the peculiarities of Kevin’s condition. She’s never an interesting character and her role is often to convey the mythology and rules of the film, but the movie seems to focus on her quite a lot. Nothing she does is ever compelling and is often, frankly, uninteresting.

“Split” also has problems in the way it conveys the central illness of the film. DID is portrayed completely inaccurately in the film and often portrayed as a frightening and terrifying disorder. For the uninformed who realize the film is purely fiction, you can look past this terrible characterization, but one wonders how harmful the film might be to the uninformed who may assume this version of the disease to be accurate.

What makes “Split” so intriguing is that it is a magic trick. Shyamalan’s use of the modern-day movie twist has almost turned him into a parody of himself, and most people have been able to uncover most of his twists in his recent films. “Split” is another monster altogether, it convinces you that it is a specific movie with very specific intentions before revealing to you that you had no idea what you were watching. This isn’t a movie where the twist is that the character you’ve been following turns out to be someone they aren’t. This isn’t a twist where you finally realize where the characters have been the whole time. This is a twist that says that the movie you’ve been watching is not what you thought it was. It was a turn that shocked me to no end. My jaw hit the floor. It doesn’t erase the sins the film commits, but it certainly is one of the most incredible movie moments I have ever had.

“Split” is an average thriller film that turns out to be something altogether different. It is one of the most excellent magic tricks ever put to film and for that it deserves to be praised. Shyamalan has made his return and whatever he does next hopefully it’s as good as “Split.”