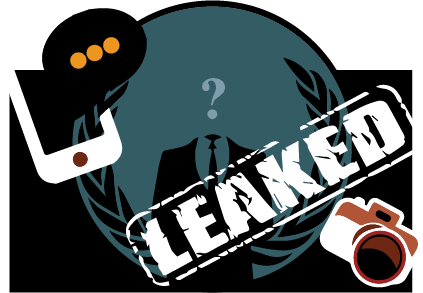 The website, first discussed in the Washburn Review’s article “Website leaks private student photos,” is an image-board based off of 4chan and seemingly dedicated to posting nude photos. The website operates with a regimented system, complete with 50 channels representing each of the United States, wherein anonymous users post in threads based on city, area code, college, high school or targeting specific women.

The Topeka Police Department’s Sergeant Jacob Nelson, who works in the Special Victims Unit, discussed the website and the status of their investigation. So far, the TPD has determined that the website is being hosted on a proxy server.

“Essentially a proxy server is a third party that the data travels through,” Nelson said. “This can be used to try to hide where the server is or who is accessing the information. Sometimes it is traceable, sometimes not.”

Nelson also noted that the department’s investigation has suggested that behind the proxy server, the website is being hosted somewhere in Russia. Unfortunately, this means that the website is hosted in a location outside the state’s jurisdiction.

“For the Topeka Police Department, we do not have jurisdiction to prosecute anything that occurs in Russia, or anything outside of Topeka for that matter,” Nelson said. “However we forward our cases and intel to our federal partners such as the FBI and they make a determination as to whether or not the case would be feasible to prosecute.”

“This is something that needs to be taken into account when they are passing new laws, especially considering how technology driven our society is and how easy it is to share photos and capture those photos without the senders consent,” Brandt said. “It’s also extremely difficult because in a lot of these cases there are young people being involved and they may not understand the full extent of their actions or have been properly educated on how this can all come back to really effect them in the long run.”

Alongside the investigation’s efforts, Nelson also mentioned there may be a way for victims to get their photos deleted from the site.

“From my experience I have found that most websites do not want unnecessary scrutiny brought to their business,” Nelson said. “Often times there is some type of request the victim can submit and the website will delete the information.”

Nelson also discouraged attempts to confront the anonymous users on the posting board.

“If nothing else, you are giving them the attention they seek and encouraging them to continue this behavior,” Nelson said.

Despite their public anonymity, Nelson says that the Topeka Police Department is working on tracing the posts.

“Everything posted on the internet can be tracked,” Nelson said. “I would say the public typically would not have the resources to track some sites, however with computer forensics, typically everything has a trail. It just comes down to whether or not the manpower and resources it would take would warrant justification for the case.”

“Go back and delete it immediately,” Nelson said. “It may have started as a joke, prank or type of revenge against someone they were mad at, but it can spiral out of control and could result in serious consequences for the suspect. I would imagine if the case did make it to prosecution, the fact that [they] tried to fix it would be taken into consideration.”

Nelson also warned about the dangers of sexting.

“While it may seem harmless at first, you never know when a bad breakup could lead to your private photos being sent out,” Nelson said. “Also, depending on the ages in the case of sexting, or the content when searching websites, you could find yourself possessing and/or transmitting child pornography. If found guilty of this you could face serious legal trouble as well as possibly having to register as a sex offender. Hopefully it goes without saying, but that would have a negative effect on the rest of your life.”