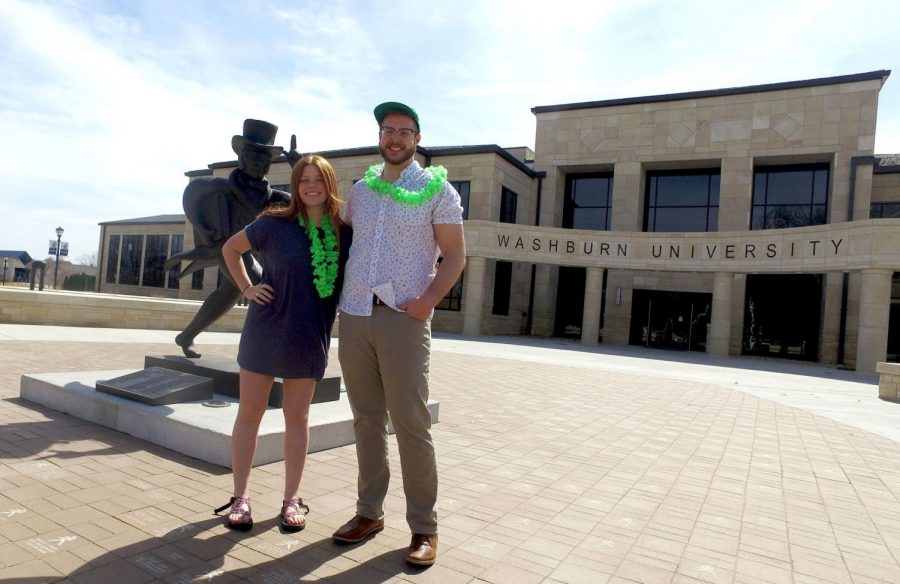 Washburn University’s President Jerry Farley announced the results of the election Friday, Mar. 17 in the Union Underground. Farley announced that the Simmons-Weinkauf campaign won over runner-ups Zac Surritt and Jim Henry by 10 votes, with 264 votes total.

Following the announcement, Simmons addressed the attending crowd. She expressed her amazement over the closeness of the race.

“I’m a political science major, and that’s an example [inaudible] why you should always vote,” Simmons said. “It’s exciting, and I think [this victory] shows you can be whatever kind of student you want to be at Washburn. I’m excited to provide further resources and support the students who also want to get involved.”

Weinkauf wished the students and faculty in attendance a good Spring Break, and shared his hopes for the future of WSGA.

“I’m glad we both ran together,” Weinkauf said. “I’m really looking forward to representing everybody. Thanks to everyone who supported us.”