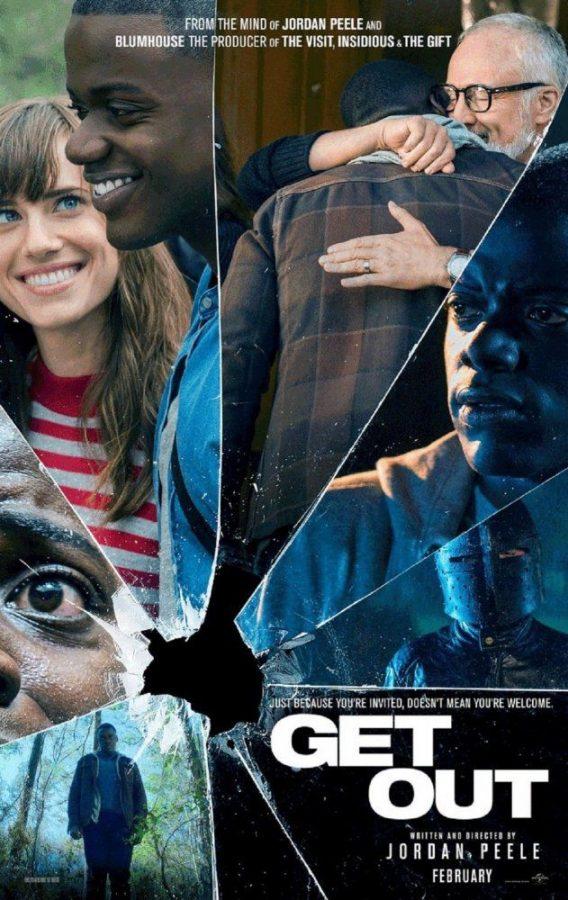 Perfect Pair: Lead actor Daniel Kaluuya is draws from his past dramatic roles in the film "Sicario," as well as TV series "Black Mirror" and "Skins" for a distinctly emotive performance. Lead actress Allison Williams is best known for her dramedy role in HBO's "Girls" and roles in online sketch comedy series such as "Funny or Die" and "Jake and Amir."

It took a comedic mind to write a flawless piece of horror.

When successful African American photographer, Chris (Daniel Kalyuua) decides to visit his white girlfriend Rose’s (Allison Williams) family for a weekend, he is understandably stressed out. As strange goings-on at the family’s estate slowly unfold, Chris begins to suspect that something sinister lies beneath the family’s polite facade.

I do not say this lightly: This film was perfect. It was a truly engrossing and dread-inducing horror, darkly witty comedy and poignantly relevant social commentary on race that treated us to a touch of sci-fi. “Get Out” was an ambitious project that succeeded in its every endeavor. The plot was wholly originally and still utilized clever references: “Othello,” “A Clockwork Orange,” “Stepford Housewives,” “Halloween,” “The Shining,” the racial upset in response to the success of Jesse Owens at the Berlin Olympics and the fact that picking cotton is literally what saves our main black character. The type of laugh out loud rapport between characters is what we’re used to seeing from writer and director Jordan Peele, and it fits wonderfully amidst all of the drama. Peele (of comedy duo Key and Peele) has proven that regardless of genre, genius writing is genius writing. If he hasn’t already, Peele has forever cemented his status in the entertainment industry.

Lead actor Kalyuua blew me away. Not only did he give a performance that was charming and sympathetic, but one that was deeply emotional and complex. If this man does not begin to land bigger roles in the film industry after this piece, it will be a crime. The fact that Peele took the time to give Kalyuua’s character, Chris, such a human backstory through the childhood trauma of being partially responsible for the death of his mother, speaks volumes to the depth of the narrative when the plot was already strong without it.

There wasn’t a weak link among the secondary cast of actors either. Williams plays Rose with a subtle sort of nuance that you can’t fully appreciate until you realize how calculating her long-term manipulation was and the extent of her emotional detachment. I’ve since seen the film a total of four times, and every time I catch something new in both Rose and her family’s phrasing and body language that seems like obvious warning signs now.

Familiar faces like Catherine Keener and Bradley Whitford, too, as Rose’s parents were great. They begin as dorky, yet well-meaning parents who indulge in casual racism. The eeriness simmering beneath the surface makes you squirm. You don’t know why casually sipping tea with them over lighthearted conversation is so dread inducing, it just is. That’s the beauty of this script, too– that the villains of this film aren’t Neo-Nazis or psychotic rednecks, but your every day liberal who has raised the bar, startling high for cultural appropriation.

The score, everything from the choice of Childish Gambino (an African American rapper with a running joke of being one of the few rappers white people like) for Chris’s introduction, to “Time of My Life” during Rose’s unsettling snack break, to the Swahili chanting when Chris enters the sunken place, was meticulously chosen as well  A fun fact: When translated, the Swahili lyrics are warnings to Chris to escape his impending doom.

There’s nothing not to love about “Get Out.” Peele’s direction is sharp and perfectly realized, and his writing is phenomenal to say the least. The cast is strong across the board and sell their character’s complexities in a manner worthy of multiple re-watches. There is no way that this film won’t be considered a classic addition to cinematic history. It will of course be one of my top picks of the year.