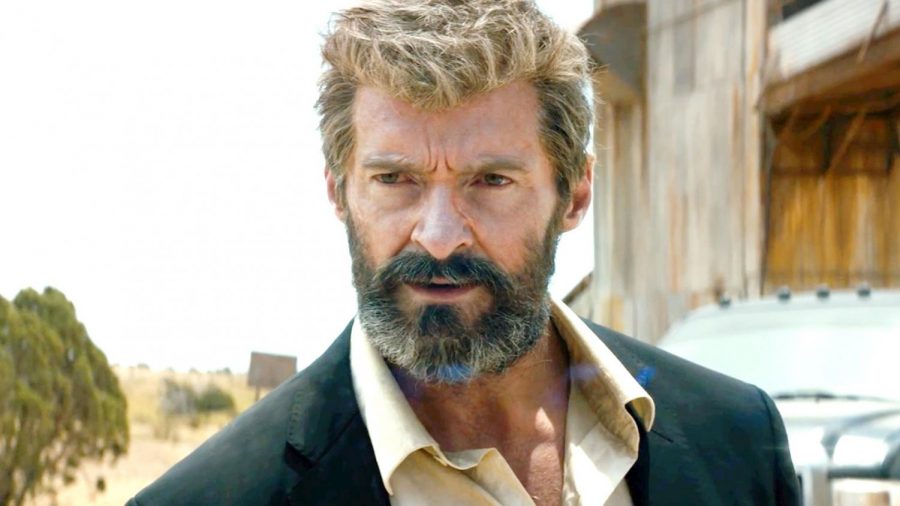 Old dog, new tricks: Director James Mangold has been on the Hollywood scene directing movies since the early 90's. He's just now showing off the full extent of his directing talents with movies like "3:10 to Yuma," "The Wolverine" and "Logan."

After 17 years and nine films Hugh Jackman finds a way to breathe new life and emotion into a character many have grown tired of. In the process he gives the performance of his life, and becomes the main driving force behind a new entry into the list of best comic book/superhero movies ever.

It’s 2029 and mutants have almost been wiped off the face of the earth. The last new mutant was born 25 years ago and the last of their kind is hiding away from society and are being hunted by cyber enhanced bounty hunters known as the Reavers. James “Logan” Howlett (Hugh Jackman) has abandoned the Wolverine persona and now works as chauffeur, making money to afford a boat that he and a dementia riddled Charles Xavier (Sir Patrick Stewart) can escape on. Logan’s plans are ruined when he is tasked with caring for a new mutant with his exact same powers named Laura (Dafne Keen) and helping her escape the Reavers who are hunting her.

“Logan” is carried by its incredible performances. Jackman’s craft is at peak performance dishing out nuanced and brilliant displays of heart-wrenching emotion in every second. The man has played Wolverine in over nine movies now, that include cameo appearances, and while many including myself are a bit tired of Wolverine movies I can’t help but admit that Jackman is one of the most consistent actors in Hollywood today. He is brilliant in this role which also catapulted him to stardom. The name Wolverine is synonymous with Jackman and it’s hard to imagine anyone in the role other than him. “Logan” is by far his best Wolverine performance. It feels like the kind of movie that Jackman always wanted this character to have. His raw emotion and love of this character is palpable as he throws every acting muscle in his body at the role. It’s always refreshing to see an actor who treats his action movie roles with as much care and respect as his more serious portrayals. Jackman has said this is his last time in the role and if that is the case he will be sorely missed.

Jackman’s co-stars are fantastic as well. Boyd Holbrook plays the villainous leader of the Reavers, Donald Pierce. He’s initially very charming and funny before he becomes a force to be reckoned with and is absolutely terrifying. Caliban is a mutant with the power to track other members of his kind, actor Stephen Merchant portrays the character. Merchant’s role is small in the film but somehow he makes Caliban’s brief appearances highly entertaining. Every moment of him is riveting and showcases Merchant’s versatility. I hope the actor’s career soars after his Logan appearance because every moment with him is stellar.

It’s Stewart and Keene who are truly operating on a level equal to the star of the film. This is Stewart’s best portrayal of Xavier. In past films Xavier has been a father figure and proud teacher, but in this film he is reduced to a disease addled mess. He still has his powers, but his brain is so old that he forgets things and regularly has seizures that freezes people around him to the point that he could cause their hearts to stop. There are implications in the film that Logan is hiding Xavier away because mutant extinction lies on his shoulders to some extent. This development in Xavier’s story gives the film and even bleaker tone than it already had. A man who we know as the savior of mutant kind has been reduced to a nonsense sputtering weapon of mass destruction who often forgets his oldest friends.

Keen is a great newcomer though. She spends most of the movie being silent and shows off how dedicated she is to the role of Laura physically. Every single action beat with her is visceral and heavy giving the impression that she is an even deadlier weapon than Logan. When Keen finally does get a chance to speak she is incredible. The girl is only 11 years of age but her talent in front of the camera is incredible, she is resilient, charming, silly and vindictive. She handles so many complex emotions that her performance is absolutely riveting. She’s certainly one of the best child actresses on the market right now.

The story of “Logan” is what makes it so good. It’s hard to say any moment of this film is enjoyable. It’s dark and dystopic, any moment of respite feels unearned because nothing ever lasts. It’s a film about broken people desperately trying to find hope in a world that has determined they are no longer fit to exist. Logan’s healing factor is all but disappeared and he is slowly being poisoned by the metal skeleton unwillingly given to him. He is bitter and angry at the world, but over time we see him begin to see the light at the end of the tunnel. Logan has lost so much and he is at the end of his rope in this film. He carries around a bullet meant to kill himself and he doesn’t hold back when it comes to killing people. Eventually he learns from two people arguably more broken then he is that there is still hope in this world. Xavier’s mind is barely a speck of what it once was, and Laura has been raised to be a weapon since she was a child and barely knows how to communicate with people. Somehow these two lost souls help another regain his humanity.

All of this brilliant script work and storytelling culminates in dozens of heartbreaking, and occasionally uplifting, moments. “Logan” is a harrowing story, but one that goes to difficult depths to bring a story rich with honesty, melancholy and despair.

With visceral action scenes, incredible writing and dazzling performances nothing stops “Logan” from being one of the greatest comic book films of all time and certainly one of my personal favorites. Stewart and Jackman’s possible final performance as these characters is an absolute masterpiece and one that cements their iconic status and laments their departure. Bravo to the both of them and their consistently incredible portrayals of these heroes.