Tension in Syria: Unveiling the spark 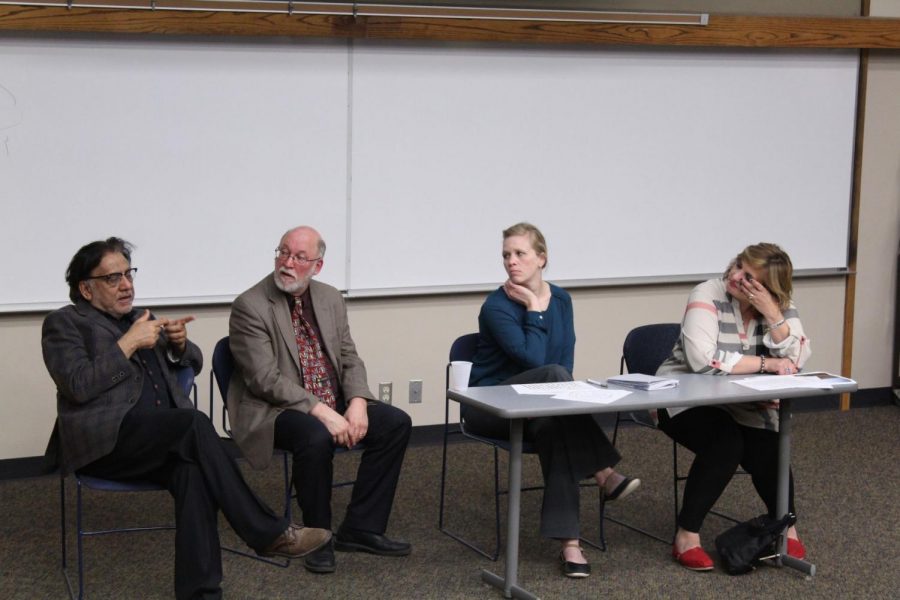 Washburn hosted a forum on the crisis in Syria April 25th in Henderson 100, with four speakers leading the discussion.

The forum was headed by professor Ali Khan of the School of Law, Linsey Moddelmog of the political science department, Bassima Schbley in social work and Tom Prasch of the history department. Discussions ranged from the use of chemical weaponry, such as Sarin gas, and the effects of the refugee crisis occurring as a result of the civil war in Syria.

Chemical weapons are outlawed in a total of 189 countries.

“A movement began after the first world war to ban the use of chemical weapons,” Khan said.

The Chemical Weapons Convention was put into act after world war one and built off of the Geneva Protocol, which simply states that countries must ban the use of chemical warfare, but not the manufacturing of them.

Syria has been a member of the CWC since 2013. Upon signing, Syria’s chemical weaponry was supposedly removed and destroyed outside of its borders, though this claim is one of uncertainty.

In direct response to the chemical attacks, the Trump administration authorized air raids on Syria. The air raid consisted of 59 cruise missiles, all targeting the Shayrat airbase.

With tensions rising between the Syrian rebels and its government, groups like ISIS have taken advantage of U.S. intervention in the Middle East.

“These people are an enormously opportunistic terrorist group,” Prasch said. “Whenever American forces go to an area in the Middle East, ISIS follows.”

The issue of ISIS is one largely discussed, though at times during the Syrian civil war it can become unclear which groups are fighting for which sides.

Rebel groups like the Kurds have dominated much of the land previously taken by ISIS in Syria, prompting the government to take drastic measures to suppress these opposing organizations.

The complete destruction of the capital city Aleppo in December 2016 marked the biggest government defeat of the rebel groups in Syria.

The civil war has left millions of Syrians homeless, leading them to find refuge in the surrounding countries.

“Refugees were given amnesty at first in Lebanon, but now its people are turning against them,” Schbley said.

Lebanon is not the only country shying away from Syrian refugees. Turkey has welcomed 2.5 million refugees since 2014, leading to both an economic and social crisis within its borders.

As for the use of chemical weaponry, al-Assad may not be the main culprit, according to Schbley.

“I am willing to make a bet it’s not Assad,” Schbley said. “It’s probably one of his generals, someone who betrayed him.”