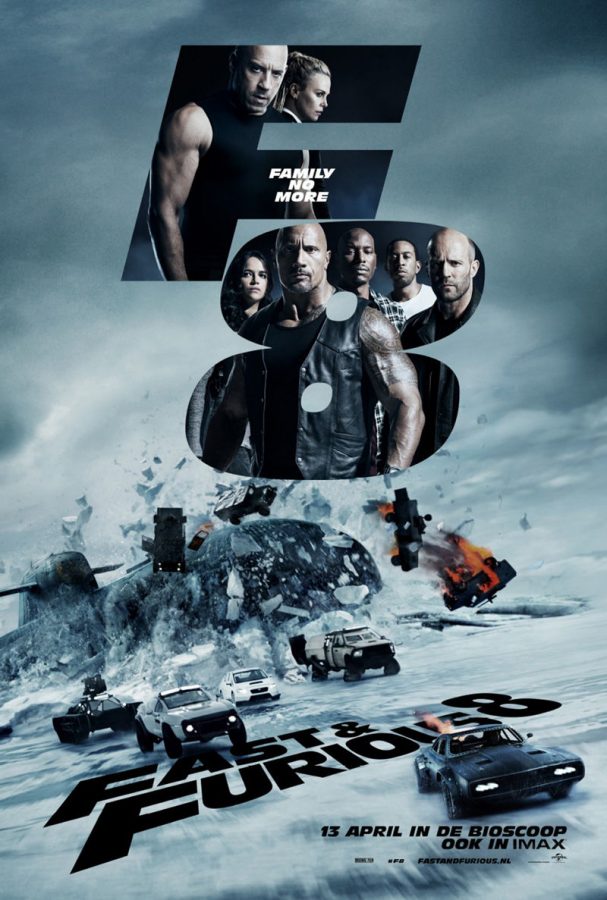 Action movies are looking great for the summer.

The eighth installment in the global success “Fast and the Furious” franchise, “The Fate of the Furious” picks up where it left off. While on his honeymoon with Letty (Michelle Rodriguez), Dom (Vin Diesel) is approached by a cyber-terrorist known as Cipher (Charlize Theron) and coerced into pulling off various heists for her. Unsure why their friend has suddenly turned to stealing nuclear weapons, his crew must face off against him while trying to uncover the secret to setting him free from Cipher.

This franchise knows exactly what it is at this point: Outrageously cool cars being driven by stock action heroes in fantastical races across the world while shooting at each other with anything from handguns to missiles. This movie isn’t trying to be the next Oscar darling or make any larger political statements, it’s just trying to be the sort of fun one demands from an action film nowadays. Explosions, exciting racing sequences, beautiful women, exotic locations and just enough intrigue that you’re interested, but don’t have to think too hard to follow along, make for an ideal action movie.

It’s been a decade– Diesel knows how to portray a sympathetic action hero without straying too far into the ridiculous. If anything, he often offers the most grounded performance amongst the cast over the years. Dwayne “The Rock” Johnson, Jason Statham, Rodriguez and the rest of the ensemble who portray Dom’s crew have mastered that balance between the cheesy, over the top performances and tense dramatic scenes this franchise demands from them. Whatsmore, fans of the late Paul Walker will be happy with the tribute to the fan favorite actor.

Surprising no one, the action sequences are where this movie excels. You have car fighting submarines, nuclear weapon heists, emotionally over the top scream arguments and seasoned action stars like Johnson and Statham in a prison brawl. This movie scratches an itch for colorful, bombastic action that I didn’t know I had.

The film drags quite a bit, though, when the crew struggles to decide how to handle their situation with Dom. The worst scenes are ones where the characters are actually opening up and being vulnerable, trying to morally weigh their options and devise a plan. While the effort in writing was appreciated, it completely threw off the tone midway through the movie. Take a note from Rihanna: Shut up and drive.

You don’t have to be a high school boy to enjoy this franchise. It’s loud, colorful, defies logic, riddled with cheesy dialogue and over the top performances and is undeniably fun. As someone who vocally hates the franchise, I went into this movie with an open mind and clear expectations and ended up having a great time with my friends. Go into this needing to smile and I guarantee that you will.