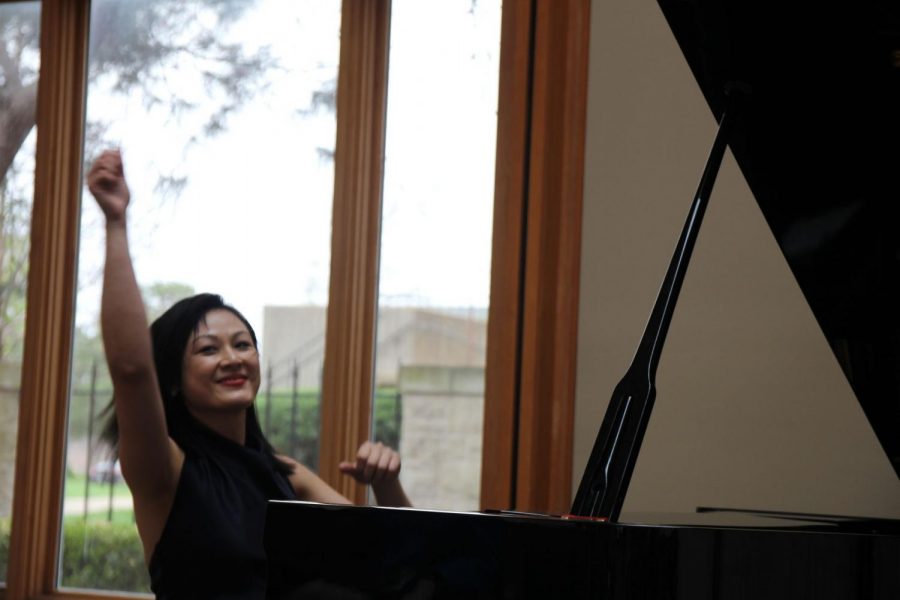 Washburn’s inaugural International Chamber Music Festival premiered April 4, with a piano recital held at Carole Chapel. The recital was from Pei-Chun Liao, a classically trained pianist that’s been perfecting her craft since she started playing at the age of three.

“I didn’t really start enjoying piano until I was about 13” Liao said.

The recital was the opening performance of a week-long festival featuring several familiar Washburn faces as well as professors from other universities. Liao is one of those professors outside of Washburn’s campus. Liao is a professor at the Taipei Municipal University of Education who has spent a large portion of her life traveling and playing music as a soloist for groups like National Taiwan Symphony Orchestra, Bacau Philharmonic Orchestra and Hunan Symphony Orchestra. While she has performed internationally Liao has never performed in Kansas

“I’ve performed on the west coast many times,” she said. “But this is my first time in Kansas.”

Liao’s recital was held in Carole Chapel where several students gathered to participate and listen to her brief recital that consisted of three songs from very different styles. “Fantasia in C minor” by W. A. Mozart, “Ballade No. 1, in G. minor” by Frederic Francois Chopin and Robert Schumann’s “Carnaval, Op. 9.” All three pieces are notable due to their length and difficulty for the pianist tasked with performing them.

Liao didn’t choose the pieces for their difficulty though. “The music is like characters. Especially the final piece, you can hear various characters and colors,” Liao said. “I thought people would be interested in the music because of these character changes.” Liao’s favorite piece was the Schumann, “It’s a lot like me because of how crazy it is,” Liao said laughing heartily.

Liao’s recital at Carole Chapel is only the beginning of the Festival’s music-focused content though. Liao will be holding a Piano Masterclass at 11 a.m. April 8 at White Concert Hall. Mei-Chun Chen is also a visiting musician from Taiwan who has previously performed in the Topeka Symphony Orchestra and is currently the sectional violist of The Taipei Symphony Orchestra. Chen will be holding an Upper Strings Masterclass at 6 p.m. April 6 in Garvey Fine Arts Center Room 229. Chen will also be performing during the Spring Romance concert at 7:30 p.m. April 9 at White Concert Hall.

The festival hopes to help students define their understanding of music and how it can bring people together from all over the world. “I hope the students of Washburn can join and celebrate with us during this music festival,” said Liao.