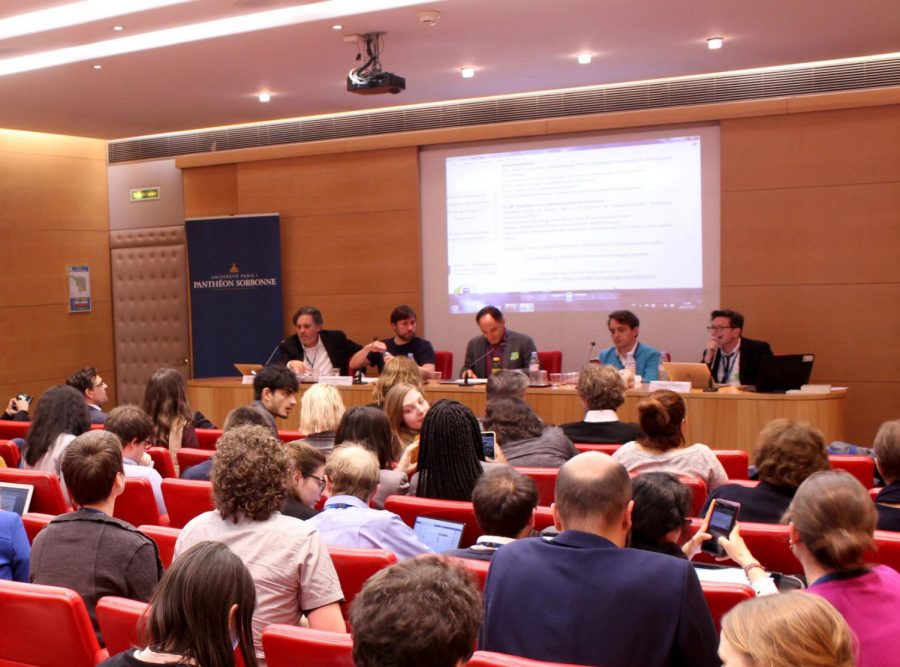 Just as President Trump settles into office, France sits anxiously waiting for its own presidential election this coming April.

In France, the presidential election takes place in two rounds. This is similar to the United States’ primaries, where political parties vote amongst themselves to select a candidate. It is different, however, in that France has multiple political parties as opposed to the U.S.’s Republican and Democrat powerhouses. The first round determines the two candidates from each party, the second round selecting the President. Of those candidates, five stand out for now: the Socialist Party’s Benoit Hamon, the Republican Party’s Francois Fillon, the National Front’s Marine Le Pen, En Marche’s Emmanuel Macron, and Left Party’s Jean-Luc Melenchon. Polls indicate the leading candidates are Le Pen and Macron.

Paul Mismaque, freshman marketing major and international student from France, has kept a close eye on his homeland’s election.

“I think they have very different views, economically and socially,” Mismaque said. “Le Pen wants to quit the euro and European Union, and Macron wants to be further integrated into their system.”

Macron, who formed his own party and identifies as “neither left nor right,” calls for a shift to renewable energy and less restrictions on French businesses. Le Pen’s party, National Front, has called for “Frexit,” much like the United Kingdom’s recent “Brexit” referendum. Le Pen shares Trump’s views on many social issues, a tier of her platform involving deporting all illegal immigrants and reducing the number of accepted immigrant applications from 200,000 to 10,000 in France.

“Obviously she is from the extreme right party,” Mismaque said. “So she is trying to get the workers to go with this notion that they’re trying to steal our jobs. For a lot of French voters, she is kind of a change, because like Donald Trump she isn’t doing things like normal politicians and likes to be in the center of the media’s attention.”

What has made France’s 2017 election interesting is the ideology of the National Front is somehow resonating with the French people in a stronger way than previous elections. Le Pen and her father, Jean-Marie Le Pen, did poorly in previous elections when their same nationalist viewpoints were viewed as more extremist, and Jean-Marie moved aside as the National Front’s leader when he was quoted as a Nazi sympathizer.

“I think the view of her party is really bad, even the regular right party is also fighting against her” Mismaque said. “When [people] say they’re going to vote for Le Pen, I think it’s because people are afraid. She’s trying to put a mask on, make her party seem more inviting. In a way, she’s making [nationalism] cool.”

Indeed, Marine is distancing herself from the party and her father in campaigning. Posters and advertisements simply read “Marine 2017.”

Mismaque said that he is doubtful the French will vote like the British on a “Frexit” referendum, but hypothesized the outcome if they seceded.

“I think if Le Pen wins, she’s going to face a big confrontation in Europe and even in France,” Mismaque said. “I don’t think it will collapse, but I think it will be a strong sign that you’re free to leave the European Union without economic pressure on your country.”

France’s possible secession raises concerns on how some EU members may travel (France being a gateway between Spain and Germany).

“I will assume that she will take back the borders and reinstate border patrol,” Mismaque said. “I think it will make things more complicated for the people. They will definitely have to worry about their work visas and identity control to make working in another country still possible.”

Mismaque is hopeful for an election win for one of the parties besides the National Front.

“Macron is not affiliated with another party, so Le Pen and Macron are really different than the Socialist and Republican parties,” Mismaque said. “But really the only one that bother me is Le Pen. You’re not sure of what she’s going to do and what she’s not going to do, as some Americans say with Donald Trump.”