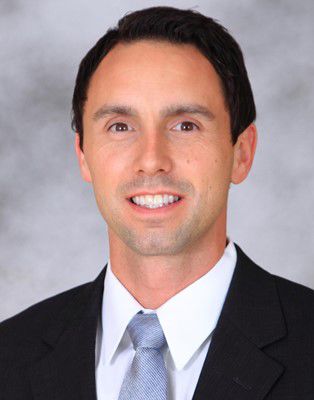 Chipman served as head coach for 38 seasons and had a 806-353 record. He retired at the end of the 2016-17 season. Ballard will be introduced in a press conference at 11 a.m. Monday, April 10, in the McPherson Booster Room with a meet and greet to follow in Lee Arena. He will be Washburn’s 15th head basketball coach.

“This is an incredible opportunity and I am excited to come home and coach at a university with an elite basketball program,” Ballard said in a Washburn Athletics press release. “Washburn is a place that has very high standards and also places a value on developing student athletes both on and off the court, and those were very important factors to me coming.”

Ballard said the men’s basketball team has the leadership, facilities and support needed to be successful.

“My goal will be to build on the great tradition that has been established here and help my players compete at the highest level on the court, but more importantly help prepare them to win at the game of life.”

Ballard, whose hometown is Hutchinson, Kansas, earned a bachelor’s degree in secondary education in 2003 at the University of Kansas. While attending, he played basketball for the Jayhawks. After college, he spent seven years on Bill Self’s staff at KU. Throughout his time there, the team had multiple tournament appearances and even won the championship in 2008.

After his tenure under Self, Ballard spent two seasons as the head coach at Baker University. In the 2011-12 season, the team advanced to the Heart of America Athletic Conference championship game — its first in 15 years. Additionally that year, the team got its first NAIA national tournament berth since 1996.

For the last five years, Ballard has been an assistant coach under Danny Manning, first at the University of Tulsa for two years and then three years at Wake Forest University.

“I am very excited for Brett and his family and I think this is a perfect fit,” Manning said in the Washburn Athletics release. “The Washburn University community is getting a home run of a person and a coach.”

Manning said having Ballard on staff at Tula and at Wake Forest was invaluable because of the knowledge he had of being a head coach.

“That journey has led us to today where he has a great opportunity to be the next coach at Washburn,” Manning said.

In the Washburn Athletics release, Washburn’s Ferre said this is an exciting time for Washburn basketball.

“Brett has progressed up the coaching ranks playing for a Hall of Fame coach in Roy Williams at the University of Kansas and working on the coaching staff of another Hall of Fame Coach in Bill Self,” Ferre said. “Add to that spending five seasons under Danny Manning earning two NCAA tournament berths, I believe our program has a bright future under Brett’s leadership.”

The Ballard family is excited to get to Washburn and get to work!! #GoBods pic.twitter.com/MneSbmtCHU