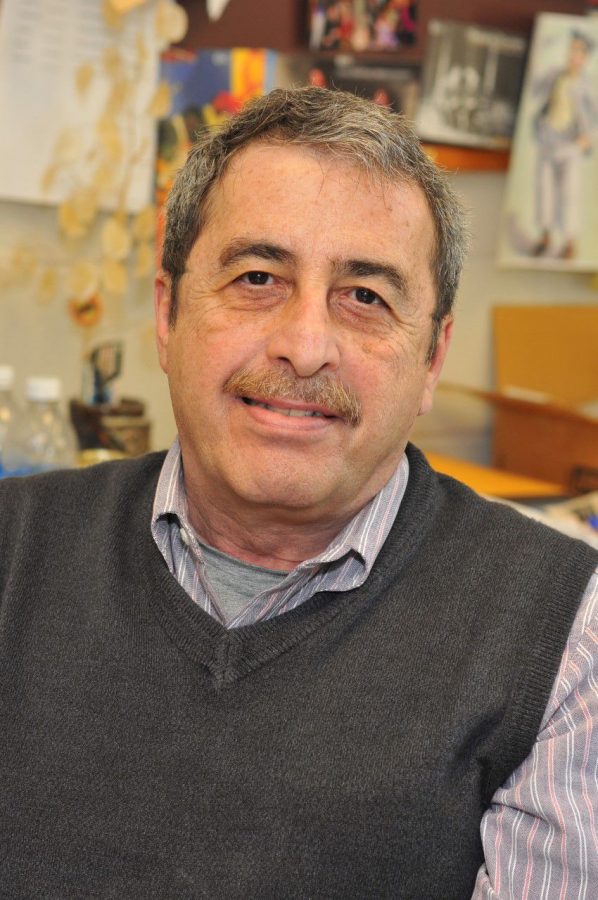 Curtain Call: Prece’s final production through Washburn will be “It’s A Grand Night for Singing.” This project has been a collaboration between the music and theatre departments.

Professor Paul Prece will be retiring after the 2017 spring semester.

Alongside being a teacher in the theater department, he is also the Chair of the theatre department and the bachelor of integrated studies department. In the course of his teaching career, he has also taught and is teaching in other areas like performance art (acting and directing), literature, voice and diction and general education.

Before coming to Washburn, Prece worked professionally, managing a developmental theater tour in Southeast Florida. He also acted and directed in dinner theatre in semi-professional companies and summer stock theaters.

Prece has directed more than 150 plays, ranging from comedies, dramas and children’s theatre through Washburn.

“When you direct a play, it’s like directing a class, because you are dealing with all the elements of theater,” Prece said. “You’re dealing with voice, with body movement and with understanding the text.”

When asked what his favorite Washburn production to direct has been, Prece said, “Every one I’m working on is my favorite.”

Prece’s first taste of theatre came to him while he was in high school and a nun asked him to play a part in a play called the “The Beauty Parade.” It was a play about a beauty contest in which the pageants were named after grocery items. Next year, he was asked again, this time by a different nun, to act as the lead, a father, in another play titled “So She Made Another Navina.”

“It was about an Irish household in which a father prays for nine days for his daughter’s marriage,” he said, laughing as he remembered the outlandish plot of the play. He then started getting involved with other pieces of theatre: stagcraft, prop design, painting and so on.

Prece began seriously pursuing theatre in college, participating in productions consistently. “I was cast a lot and was surrounded by people who were very good at what they did,” Prece said.

For Prece, theatre is a mode of expression, a collaborative art-form made by actors, directors, choreographers in the case of musicals, and various other stage personnel. “You express ideas and issues through a play,” he said. According to him, theatre does more than entertain the audience. It teaches them civil lessons, it gives them lessons about morality. “Initially, in Greece, where theatre originated, that was what plays and theater performances did. It taught the general public to become better citizens,” Prece said.

Prece stressed that communication was key in productions. The communication between the actors, the directors, and even the audience plays a big hand in the construction of a theater piece. “Theater is really all about communication. If you think about it, actors at the top of their game are really good communicators– someone who can bring life to an idea,” Prece said, and added, “You need to be able to talk in different languages. By different languages, I don’t mean French or Spanish or Chinese. I mean, every single person has a different way to communicate. I need to learn your ‘language’ and be able to respond.” For example, according to him, his students will know when he jests humorously because a wry wink will promptly follow. “Teaching helped me learn, like I said, all the languages, all the ways to communicate.”

Once retired from teaching, Prece plans to continue his engagement in theatre and honing his craft.