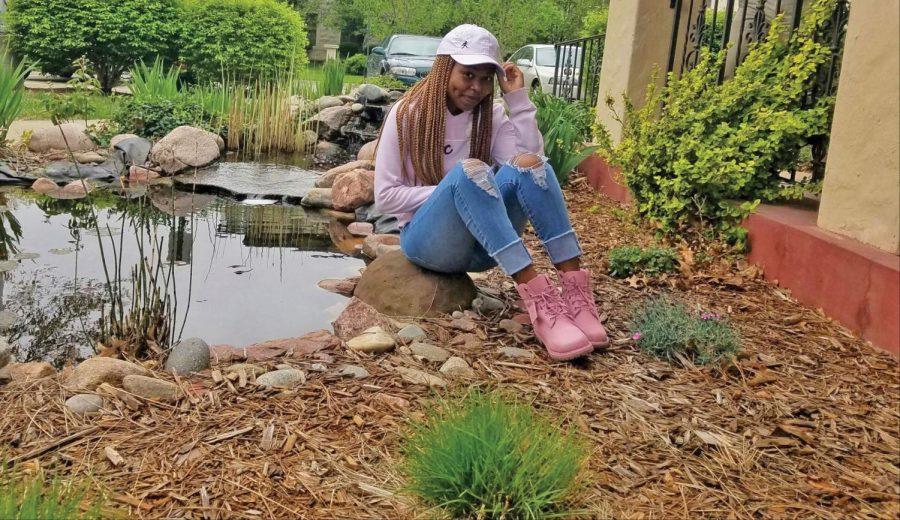 Frozen in Fear: When asked for one unique experience she has had while at Washburn, Smarts admitted that she has never eaten a frozen meal before, let alone known that they existed. She has still never tried them and instead opts for cooking her own meals mainly consisting of fresh fruits, vegetables and lean meats.

The International program of Washburn finds students from all over the world.

Keletso Smarts, a masters of education student, is a notable student involved in the program. Smarts has made her mark on the campus of Washburn University in a number of different ways, but she also misses her home in a number of ways.

Smarts was born in a mining town in Botswana called Selebi-Phikwe. There she spent almost the entirety of her childhood from elementary to high school before going to college at the University of Botswana in the capital city of Gaborone. She earned her Bachelor’s degree while attending the university, her education being sponsored by the government. This sponsorship effectively is free for students pursuing a bachelor’s degree in Botswana, but to have a Master’s degree is a great accomplishment to the people of Botswana and Smarts. “For me, that’s why I came here,” Smarts said. “To have a Master’s degree, especially one from America, is a really big deal in my country.”

Smarts spoke adamently about the differences of education practices between America and Botswana. “Your relationship between professors is more intimate here,” Smarts said. “They are really dedicated on helping you as an individual.” According to Smarts Washburn is much smaller compared to the sprawling University of Botswana, but at Washburn there is more schooling to be done. “In Botswana there would be only two tests over the course of a semester,” Smarts said. “But here you have so much more to do. It’s almost as if there is too much to learn.” In the end though, Smarts said that education here is easier than back home. She attributes this to the wealth of technology American students have at their disposal to research things, this not being a luxury that students have in Botswana.

America hasn’t been entirely perfect for Smarts, though. Healthcare in Botswana is free and according to Smarts, paying for healthcare in America is stressful. “In America, you can’t even afford to be sick,” Smarts said. She also says that she has never had a fear of guns before, but America’s penchant for gun violence has really changed her mind on the subject. “In Botswana you could go to clubs and you wouldn’t be afraid of getting shot,” she said. “It’s not the same in America.”

It’s the food that Smarts misses the most though. “Eating out is considered a treat in Botswana and it is very expensive,” Smarts said. “In America, all the food is so cheap that some people eat out like every day.” Smarts says the American approach to food is incredibly different compared to the food back home. Even when trying to replicate dishes from Botswana, they do not taste right because America handles ingredients in a different way than Botswana. “Everything is frozen,” she said. “And as far as I can tell, advertised food is usually not good.”

While at Washburn, Smarts has become the Presidential Ambassador of International Students, is in the top 10% of graduate students, and participated in a panel discussion for the Great Civilization of Africa event. For her, Washburn has been a great experience. “Everyone is so good to each other and students have been very friendly,” Smarts said.