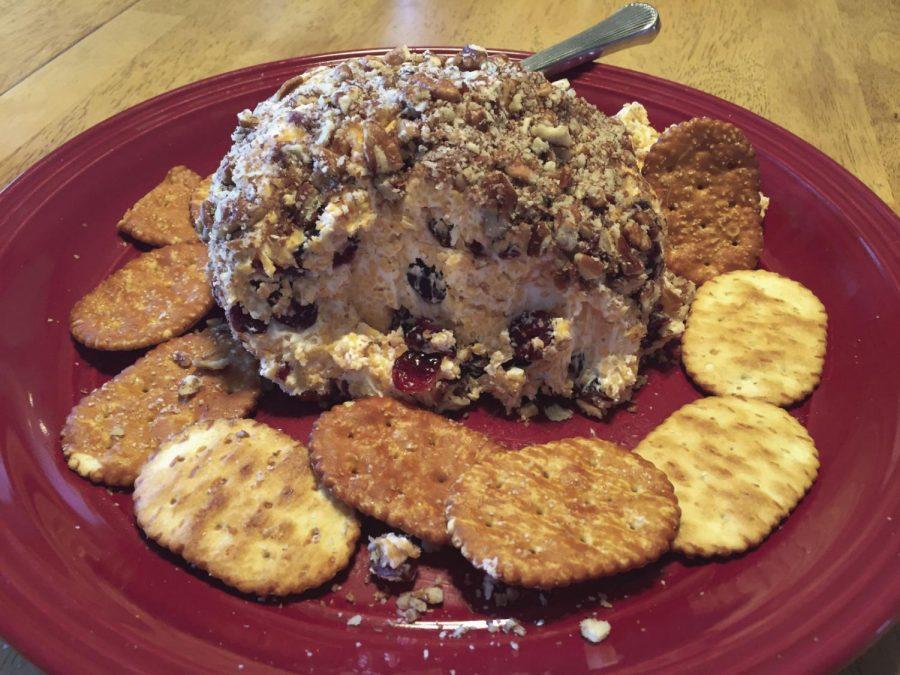 The perfect pair: Cheese is one of the most versatile ingredients and pairs with almost anything. If you don’t want to use crackers try serving the cheese ball with fruit slices, some toasted baguette slices (called crostini) and for some extra salt and crunch give pretzels a try.

I’m overly anxious to share this recipe because it is one of my favorite tried and true, accident-proof recipes. I have made it several times and it never fails. For some reason, months back (when I was naïve), I had it in my head that I didn’t like cheese balls. This was probably because I’d only ever tried a couple different kinds and wasn’t a huge fan of them. But, a while back, I needed an easy, incredibly fast snack to take to a get together, and since I always have cream cheese in my fridge for the desserts I make, I decided to use it on a savory snack this go around. It was one of the best decisions I’d made. Honestly, I think I could have eaten the whole thing, it was that good.

But, what was other best part? I’ve made several variations of this recipe and it’s still tasty. I rarely buy green onions, and I don’t like buying a big bunch for just half of a cup. So, I’ve made it without, and it’s still great. Rosemary has always been my favorite herb to use, but parsley is a perfectly suitable substitute for it if you don’t have rosemary in your cabinet.

This cheese ball is also sweet. It’s creamy and cheesy, of course, from the cream cheese and cheddar cheese, which can be white cheddar or mild (and I suppose you could use sharp, but I’ve never tried it). The rosemary, green onions, and/or parsley give the perfect savory aspect the snack needs. The craisins are my all-time favorite part of this. They are exactly what this creamy, herb-filled cheese ball needs because it provides the best balance of salty and sweet.

Trust me when I say this is a no-fail, flexible recipe you will choose again and again, just like I do. You can make it in five minutes, and it’s enough to feed several of your friends and family members. Try this creamy, salty, cheesy snack because you won’t regret it.

Roll out a sheet of Press ‘n Seal or cling wrap. Spread about ¼ cup of pecans in the center.

Form cream cheese mixture into a ball and place onto the pecans on the cling wrap. Press remaining pecans onto the rest of the cheese ball, covering it as much as possible.

Cover cheese ball and refrigerate about 30 minutes before serving. Store leftovers in the fridge.