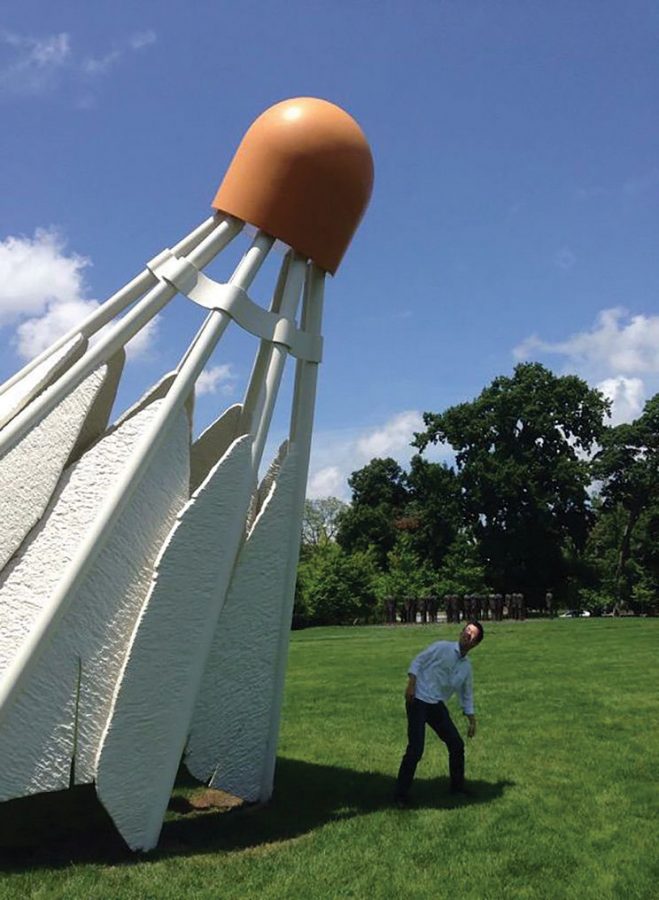 For Koichi Yoshisaki, junior anthropology major, America is a land of independence. His time in this country has offered him an incredibly different perspective on the world as a whole, but America itself, despite its individualism, is a land of cooperation and interaction between thousands of people.

Yoshisaki hails from Kanazawa, Japan. The idyllic fishing town is known for its history and Edo period architecture that mirrors other Japanese cities like Kyoto.

Kanazawa is a very popular tourist attraction because of its architecture, but the real crowd-bringer is the seafood. Kanazawa is perched against the Sea of Japan and the cities dedication to cuisine has made it a popular destination, especially for sushi.

Since being in America, Yoshisaki has visited several famous cities. Not only has he visited Kansas City, but has also explored two of the world’s most sprawling locales: New York and Los Angeles.

“For me, America is different from Japan because every state in America feels like a whole different country,” Yoshisaki said. “The people here are so focused on their individual selves, but they also cooperate and work together really well.”

For Yoshisaki, sushi is a reward for a job well done.

“It wasn’t something you eat every day. It was a treat if you did well in school or something,” Yoshisaki said.

The sushi of Kansas is, of course, very different compared to the sushi from his home.

“Dillons sushi, in particular, is heavy on taste. Sushi is normally not an incredibly strong flavor,” Yoshisaki said.

Yoshisaki doesn’t miss the cuisine of home much, but that is because he really is comfortable with all kinds of food.

The 2020 Summer Olympics arriving in Japan is also very exciting for Yoshisaki.

“I’m mostly excited that I get to meet people from many different countries,” Yoshisaki said.

Although he is worried that people’s exaggerated expectations of Japan could bring his country negative criticism, he thinks visitors will be surprised by what Japan has to offer.

When Yoshisaki finally made the trip to America, the transition was quite difficult.

“My expectations of America was from movies,” Yoshisaki said. “It’s not entirely like that, but much of it is very similar.”

He also had very little friends and had never actually taken part in a college setting due to him enrolling in Washburn directly after finishing high school.

The differences between American and Japanese schools are not too dramatically different, but the main separation between the two is that Japanese school’s usually limit student activities in class. Teachers talk and students listen.

Since he began at Washburn, he has been thankful for responsive and friendly teachers who have helped him learn about his program and how to navigate an American school. These include Dr. Sharla Blank and the staff of Washburn’s international program.

Yoshisaki has also embraced his love of art, movies and entertainment while at Washburn by acting as a volunteer at ArtLab, a program designed to help people embrace their artistic creativity.

For Yoshisaki, Washburn has had a positive change on him.