The Washburn Review • May 18, 2017 • https://washburnreview.org/5309/news/news-bod-briefs/brief-enos-appointed-permanent-director-of-wupo/ 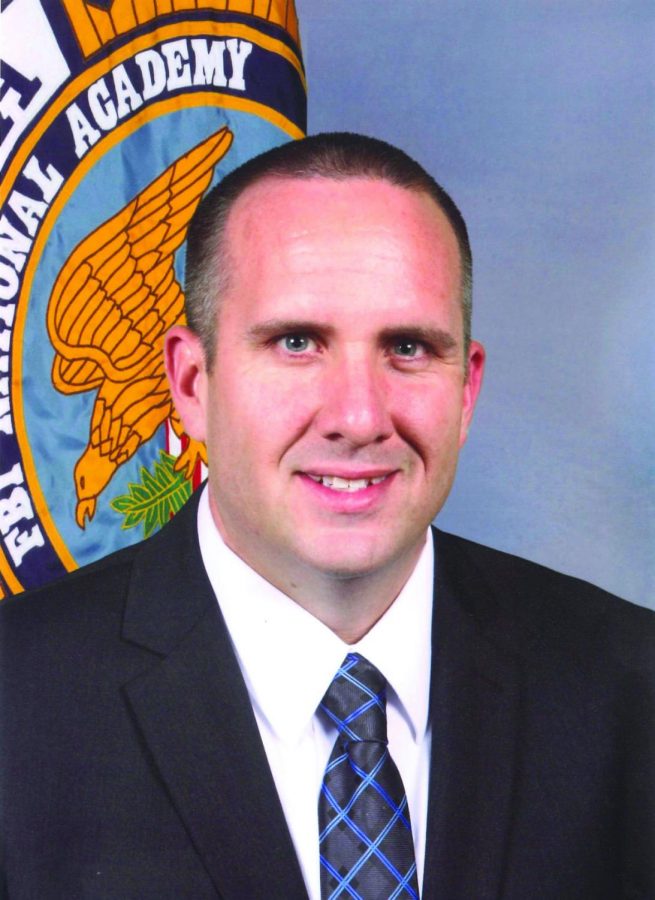 Bods in Blue: WUPD Captain Chris Enos uses the training he received at the FBI National Academy to help maintain safety and security on campus. In addition to his duties as a campus police officer, Enos is also a student working toward a degree in criminal justice.

On May 17, 2017 Captain Chris Enos was named the permanent director of the department. Enos has been the interim director of the Washburn University Police Department since the retirement of Dean Forster last year.

Enos graduated from the National FBI Academy in 2014 and received his degree in criminal justice from Washburn in December of 2016. He has 17 years’ experience in campus police work, 12 of which were on Washburn’s campus.

According to a campus press release, Jim Martin, the vice president of administration and treasurer at Wasburn says, “Our police department and the safety of our campus are in good hands with Chris.”