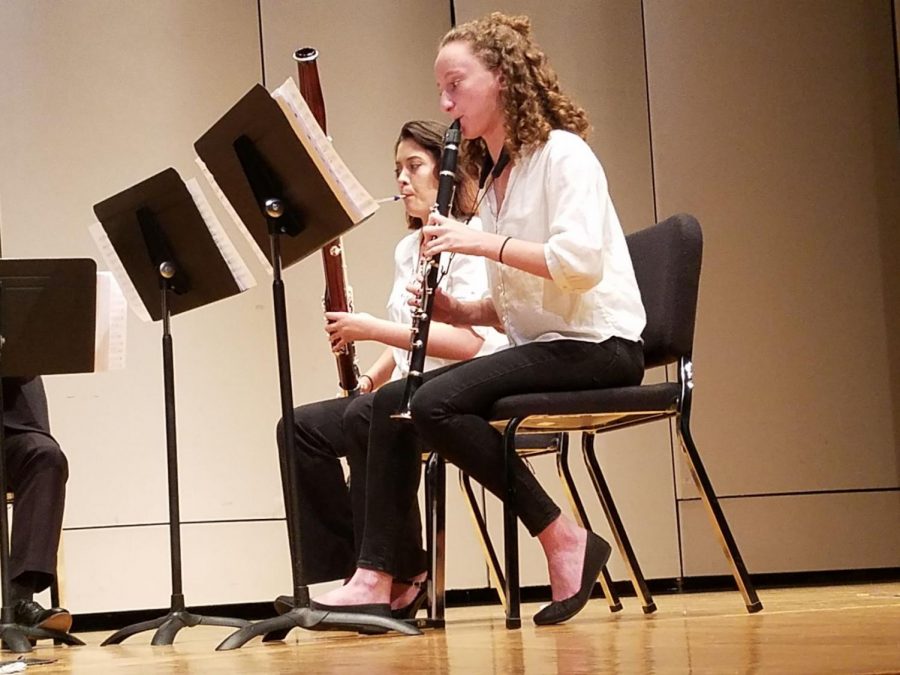 The Sunflower Music Festival took a sharp turn in 1993 when it decided to begin using the festival as a way to organize a special program designed to instruct young classical musicians.

The program was called the Sunflower Music Festival Summer Institute. The following year the Institute received a huge endowment from the Blanche Bryden Foundation, from then on the program was renamed to reflect the generous donation to help further the musical education of young students.

After 20 years, the Institute has instructed more than 400 young people with many of the artists coming from other countries such as Brazil, China, Mexico and Taiwan. These young artists have moved on to create successful music careers.

Every year a select few of the many concerts that take place during the Sunflower Music Festival are performed by the Blanche Bryden Summer Institute. One of those concerts featuring the high school ensembles took place June 17 in White Concert Hall.

The concert began with the String Quartet which played Antonin Dvorak’s “String Quartet in F Major, Op. 96, No. 12,” which is often referred to as the “American” quartet. They played the first movement of the piece.

Next came the Woodwind Quintet, who performed the first movement of Jacques Ibert’s “Trois Pieces Breves.” The group also performed Paul Hindemith’s “Kleine Kammermusik,” as well as the first, second and fourth movements of “Wind Quintet in C, Op. 79” by August Klughardt.

The concert ended with a performance from the Institute’s Brass Quintet who began with Victor Ewald’s “Quintet No. 1, Op. 5.”

The quintet had three members who are from Topeka, Nathan Jones-Walker and Dalton Imhoff-Brey, trumpeters, and John Martin, tubist. Imhoff-Brey and Martin will both be attending Washburn in the fall.

The ensemble also performed “Sonata from Die Bankelsangerlieder,” an anonymous piece, as well as the “Adagio” movement from Michael Kamen’s “Quintet” and the iconic “Washington Post March” from John Philip Sousa.