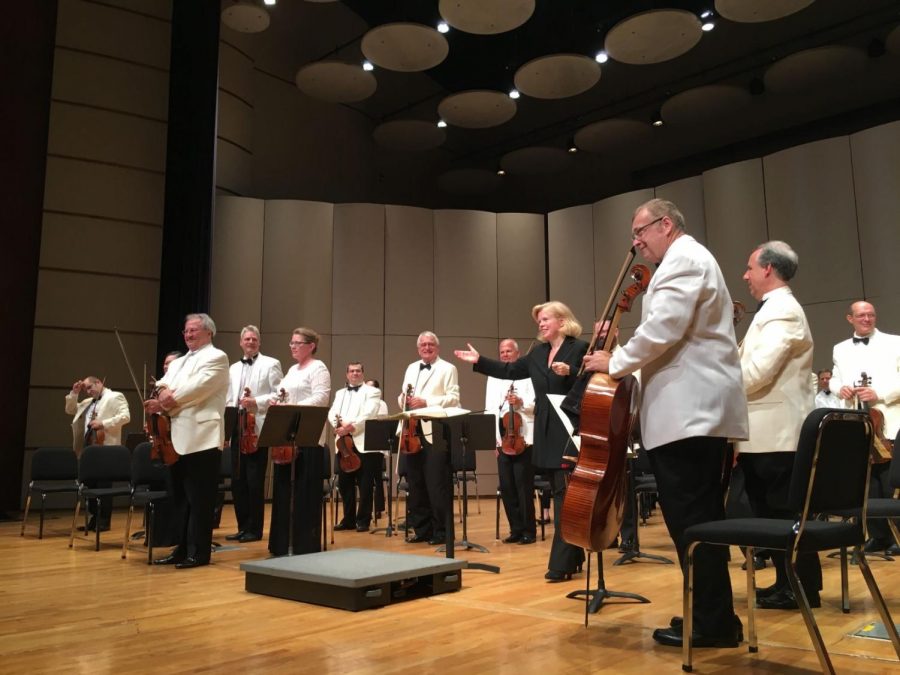 Bow Out: The Sunflower Music Festival's chamber orchestra bows during the audience's standing ovation following the final performance of the festival. The festival brought over 5,000 community members to its audience over the course of 10 days.

This festival is a cornerstone of the arts in Topeka and this year, it brought in over 5,000 community members across 10 days. The concert opened with comments from Larry Wolgast, mayor of Topeka.

“We, in Topeka, take pride in the arts,” Wolgast said. “The Sunflower Music Festival is an acceleration of the arts in our city.”

An audience of over 600 applauded his comments that commended the city’s commitment to the arts and welcomed the musicians who came from around the world.

The second piece performed was Aaron Copland’s “Clarinet Concerto.” This 1948 composition featured clarinetist Jonathan Gunn, assistant professor of music at the Butler School of Music at the University of Texas.

The final piece performed by the full orchestra was Franz Schubert’s “Symphony No. 2 in B-flat Major, D. 125.” The four part piece composed by Schubert in 1815 featured a variety a lyrical lines traded off throughout the orchestra. The program notes referred to this work as an unjustly neglected gem that deserves to be more widely known among concert audiences.

This final performance of the festival brought audiences to their feet for a lengthy standing ovation in congratulation of the musicians on another successful year for the Sunflower Music Festival.