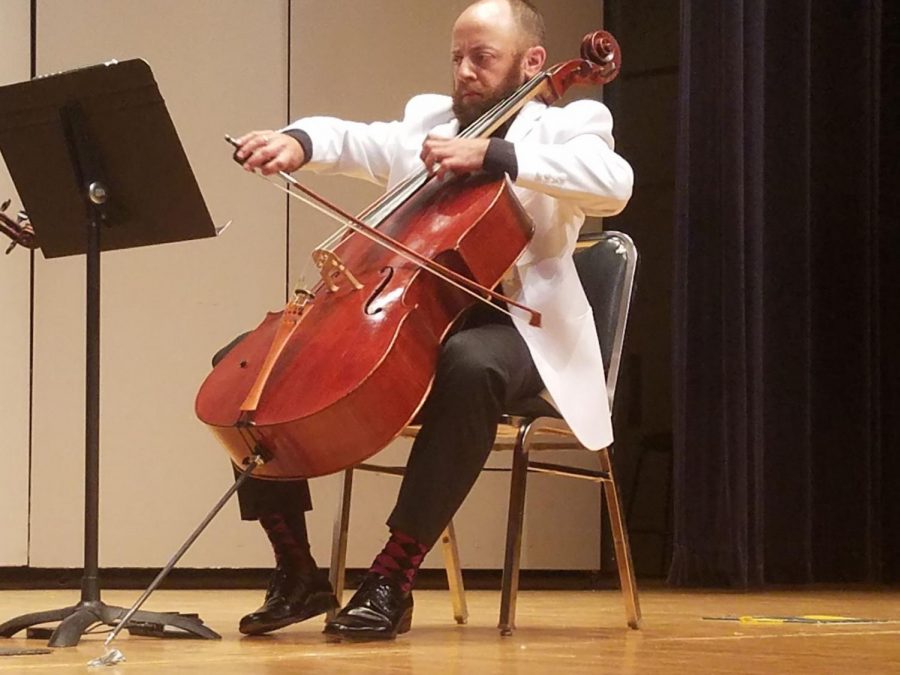 The Amernet String Quartet gathered in front of an appreciative and impressive audience to perform a concert of varied styles June 11 at White Concert Hall.

The group is the quartet-in-residence of the Sunflower Music Festival, but also functions as the ensemble-in-residence at Florida International University.

Performing across the Americas, Asia, Europe and the Middle East, Amernet String Quartet is a well-traveled group that is familiar with the difficult programming they covered during their performance.

The concert began with Wolfgang Amadeus Mozart’s “String Quartet No. 21 in D. Major,” sometimes referred to as “The Violet.” The piece covers four movements of varying temporal pace and was dedicated to Friedrich Wilhelm II, the King of Prussia at the time of the piece’s conception.

The group also performed “String Quartet No. 1” from Erwin Schulhoff, a composer whose prolific career was cut short due to the rise of the Nazi regime in Eastern Europe. Schulhoff’s status as a Jewish man placed him in the Wulzberg concentration camp where he died.

His works are often not well known due to his short career, but because of his story and the meaning behind his music, the men of the quartet felt a personal attachment the piece.

“[Schulhoff’s] story is an interesting one,” said Jason Calloway, the cellist of the group. “I should say first that all of us are Jews and, believe it or not, our colleague, Michael, is a first generation American. All four of his grandparents were Holocaust survivors.”

This statement of victory in the face of a devastating tragedy inspired the audience to erupt into applause in support of Michael Klotz, the violist of the quartet.

“Presenting music from that period is a very important part of our mission,” Calloway said. “His music is by turns folky, neo-classical and really something all its own. Thankfully before his passing he left behind several string quartets and we hope you enjoy it as much as we do playing it.”

The concert ended with a performance of Edvard Grieg’s “String Quartet No. 1 in G Minor, Op. 27.” With a duration of almost a half hour, Grieg’s quartet is a sweeping piece that utilizes several different genres and breathtakingly complex progression and incredibly fast tempos.

“Grieg’s main theme in this work derives from a song he wrote the previous year that was set to the poetry of Ibsen,” Calloway said. “The text of this particular poem might say something about Grieg and perhaps about us too because evidently it tells the story of a nefarious water nymph which bestows musical gifts upon people in exchange for their happiness.”