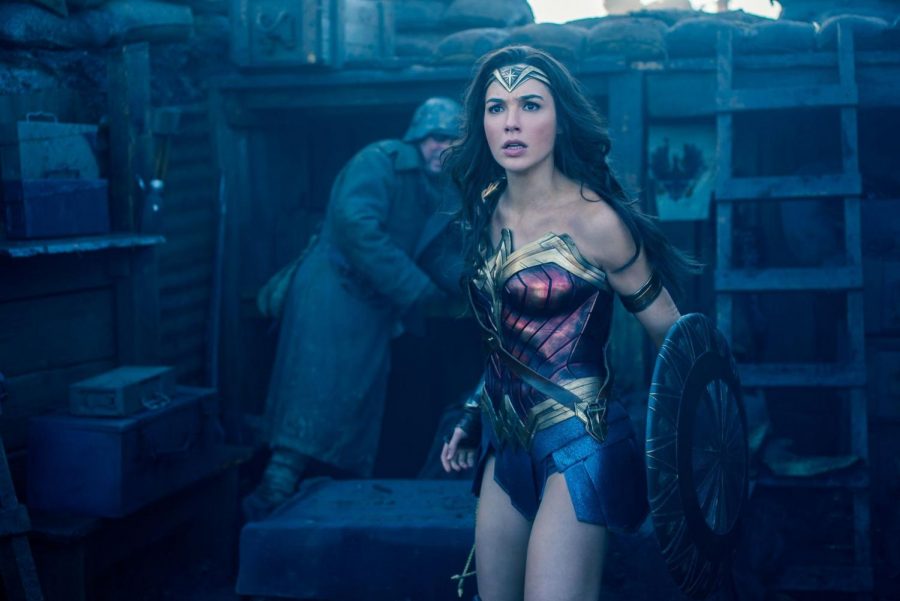 Box Office Behemoth: "Wonder Woman" has already shattered several records with how much money it has earned in its first few days in theaters. It was not only the biggest single-day gross for a film directed by a female, but the biggest opening for a for a female-led comic book film as well.

“Wonder Woman” certainly had to smash a lot of barriers to finally reach the big screen. It is a female led superhero film, the character’s first solo live-action appearance despite prominent comic appearances for over 70 years and the film is tied to the perpetually unsuccessful and downtrodden DC Extended Universe that Warner Bros. has planned. Is this weight too much for “Wonder Woman” to carry or is the film as strong as the Amazon at its center?

Molded from clay and given life by Zeus, Diana (Gal Gadot) is a princess of the Amazons, women designed by the gods to protect the world of man. They eventually abandon their cause and locate themselves to Themyscira deciding to live out the rest of their days in isolation as they prepare to fight Ares, the God of War. After years of training Diana encounters a plane nose diving into the ocean and rescues the pilot, an American allied spy named Steve Trevor (Chris Pine) fighting in the Great War. Diana, emboldened to save humanity after hearing Steve’s description of the horrors of the war sets off to end the war, defend humanity and put an end to Ares reign of terror who she suspects is to blame.

First things first, Gal Gadot is incredible as Diana/Wonder Woman. Her brief appearance in “Batman v Superman” was proof that she knew how to handle the role but she really shows her talents in this solo film. She’s a perfect embodiment of hope and justice that seemed to have been removed from the earlier DCEU films. When faced with the harsh realities about the evil lurking in mankind’s hearts she still makes the decision to support and fight for humanity. She is a beacon of light in a cinematic universe that has been largely comprised of shadowy versions of heroes that writers assume are edgy and gritty but are more like a 14-year-old who just discovered Linkin Park and is convinced they are the edgiest music in the world.

Gadot is certainly the carrying force of the franchise at this point. Her mix of excitement, hope and unwavering strength in the face of evil makes her a compelling and entertaining lead.

It is that hope from Diana that really gives the film its emotional heart as well. Her positivity is infectious and when paired with spiteful and cynical men she shows them how to embrace the heroism and honor that they once thought they had lost. She especially inspires Trevor in this way who Chris Pine portrays incredibly well. Pine offers the occasional comic relief while being a great foil for Diana. He helps her learn about the very foreign real world, but also that mortals are not nearly as honorable as she might think.

The rest of the cast is a bit lacking. Doctor Poison (Elena Anaya) is totally wasted and only exists not to test Diana but to drive the imminent doom forward. She’s a pretty generic villain that is forgotten near the third act when a bigger force appears who I dare not mention for fear of spoiling the film. I will say that while their appearance feels very sudden and disorienting it does somewhat succeed due to how well he tests Diana’s morals and the actor’s performance is really topnotch.

In retrospect, “Wonder Woman” is a movie of really powerful and inspiring ideals, yet it does lack a certain level of consistency. It is, thankfully, a lot funnier than the other DCEU films, but some of the jokes just land with a thud. It feels like a mix of “Captain America: The First Avenger” and “Thor” in terms of how its plot develops. It also doesn’t learn from the third act mistakes of previous films in this franchise. Things feel rushed to finished, big heroic moments do not land as well, and the action cinematography and choreography grinds to halt for a pretty unsatisfying final action sequence. Keep in mind, “Wonder Woman” still has a way better third act then every other DCEU film, it just has some of the same problems.

Overall, “Wonder Woman” is a really exciting and fun movie. It is not a super fresh combination of themes and plot beats, but it is very well-made and gives Diana the moment in the sun she deserves.

Wonder Woman’s status as an icon of feminine power makes this film ground-breaking in a number of ways. In a way, it elevates the film to a gold standard that turns what is essentially a “pretty-good” superhero romp into a thrilling and exciting moment in action cinema. Let’s hope that this is the film that saves the DC Extended Universe.