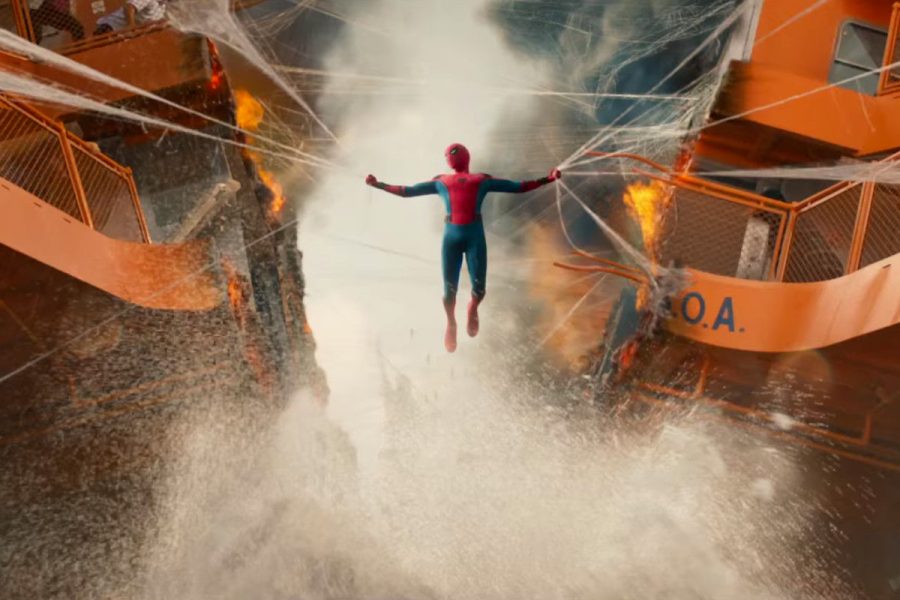 Origin-less: Sony and Marvel made the smart choice of not portraying the tired and overdone origin story of Spider-Man that so many are familiar with. "Homecoming" still makes many references to Peter's first bite and the tragic passing of Uncle Ben.

Spider-Man’s life in Hollywood has been chaotic these past few years.

Sony’s first attempt at a “Spider-Man” franchise was a rocky trilogy at best. After “The Amazing Spider-Man,” the studio’s second attempt at creating a movie franchise, tanked at the box offices Sony decided it was time to sell the movie rights to the beloved superhero to Marvel Studios, allowing Spider-Man to finally appear alongside Iron Man, Captain America and Black Panther in last year’s “Captain America: Civil War.”

Now with his own subsequent solo film, his new incarnation benefits from the studio’s commitment to Peter’s roots as a young high school student. In addition, Tom Holland proves that he is the best portrayal of Spider-Man on the big screen to date.

After successfully proving himself as a potential Avenger to Tony Stark (Robert Downey, Jr.), Peter Parker is waiting for the call to be in another big Avenger mission. Desperate to prove himself within the hero community, your friendly neighborhood Spider-Man spends his afternoons after school swinging around New York stopping bike thieves, giving tourists directions and foiling the occasional super villain.

Holland is incredible as Spider-Man. Where Tobey Maguire failed to portray Peter’s cockiness and carefree attitude while wearing the mask, Holland turns into a wise-cracking, obnoxious but lovable kid when he’s in his Spider-Man persona. He’s brash and overconfident, and his whoops and hollers as he swings through New York City are jovial and infectious.

His work portraying Peter is spot on as well. His classmates like him, but he is painfully shy and embarrassed of his nerdy tendencies, but not enough to act like a completely different person. The film also nails Peter’s genius; This is the first Spider-Man film where Peter develops a formula for his own webbing solution and secretively creates it in chemistry lab. Small moments that show Peter using his school’s resources to develop Spider-Man tech is a great addition that shows how Peter differs from the other heroes in the Marvel Cinematic Universe because of his status as an average middle-class kid that has to be a resourceful.

Michael Keaton’s Adrian Toomes, who will be familiar to fans as The Vulture, is also a unique character in the MCU. While contracted by the state of New York for his salvage company to cleanup the damage after the events of “The Avengers,” Tony’s new Department of Damage Control takes the contract instead. His company essentially ruined for losing the largest contract of his career, Toomes and his crew begin adapting the salvaged alien weapons and selling them on the black market.

Toomes isn’t your normal MCU villain. He’s a blue collar worker who, despite all his hard work and good intentions, still had his livelihood taken away by the rich and powerful. His anger and new business stems purely from a place of wanting to steal from men that have been stealing from him all his life, while also providing for his family in a desperate time.

His actions certainly aren’t sympathetic, but he’s a complex character that operates in a unique gray area that the past Marvel movies have never touched upon. Not to mention Keaton’s great performance and The Vulture’s incredible and often times terrifying wing suit design.

There’s a bit lacking in the film’s other characters though. Liz (Laura Harrier) makes for a likeable love interest for Peter, but is underwhelming as a solo character. Likewise, despite what her press tours would have you believe, Zendaya’s appearance as new character Michelle “MJ” Jones is not only inconsequential, but almost unnecessary. She does have a few really funny lines, though.

Ned is a fun addition, but ultimately is relegated to a sidekick without much motivation beyond wanting to help Peter in any way he can. The director made the wise decision keep Peter as the focus, his mentor Iron Man acted as the benefactor and disapproving surrogate father working in the background rather than making the two heroes share the spotlight.

The action scenes in the film are captivating. Although the stakes are lower than in other Marvel movies, the lives of bystanders are not treated as disposable, which is often a big problem of Marvel movies and superhero movies in general.

Altogether, “Spider-Man: Homecoming” is a great addition to the Marvel movie series. Moving away from a large-scale threats to the world we’re used to the small crime ring threatening New York City was refreshing, as was balancing Peter’s personal life with his responsibilities as a hero. Both elements created an intimate, interesting story within the Marvel Universe. This is all topped with incredible performances from Holland and Keaton, hilarious writing and a moving story about Peter trying to prove himself to be a true hero. Fans of Spider-Man will be very pleased.