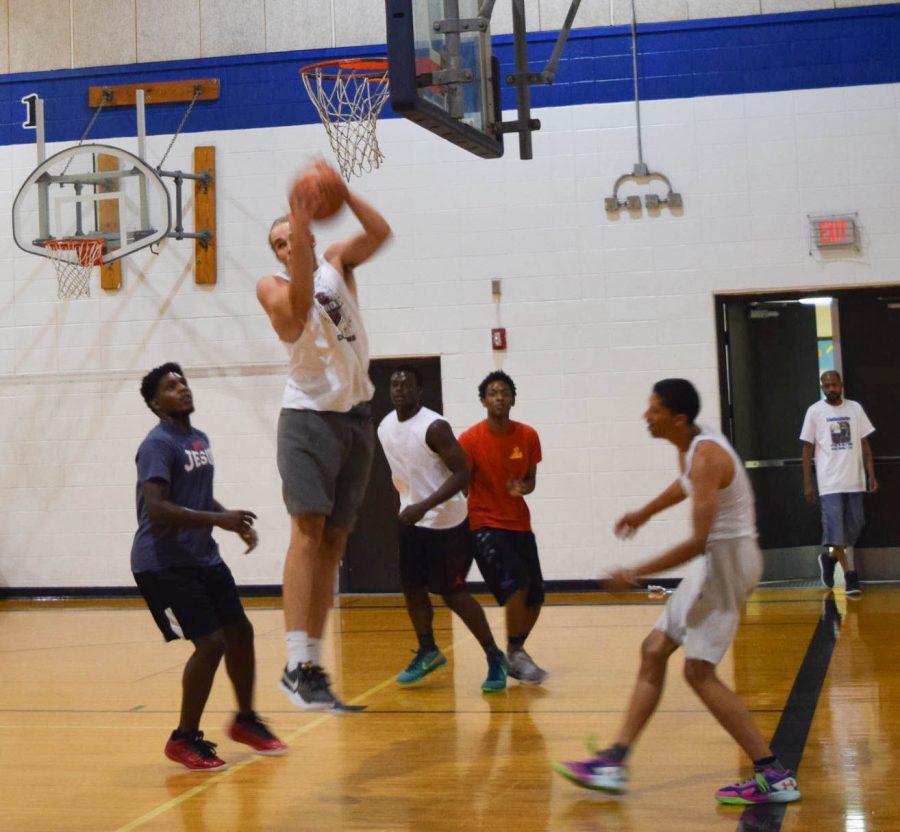 A player from one of the 13 teams competing goes up to grab a rebound during a game.

Sometimes when tragedy strikes a community, it can lead to people from all walks of life coming together for a cause greater than themselves.

One event this weekend tried to do just that.

Justice for Justice, a 3-on-3 basketball tournament held at Hillcrest Community Center July 8, was organized after the death of recent Shawnee Heights graduate Justice Mitchell shook the Topeka community.

“As soon as I heard what happened the whole situation weighed heavy on my heart,” said D.J. Johnson, event organizer.

Johnson had seen so much violence in the community that he felt he had to do something to bring awareness while also helping out the family of Mitchell.

“I thought that if this kind of tragedy were happen to me, I would hope that someone would do this for my family, for my mother,” Johnson said.

Thirteen teams and dozens of community members showed up to support the cause. Mitchell’s mother, Angela Lee, was there too and was very happy with the turnout.

“It’s really nice to see all these people in the community coming together,” Lee said. “I’m really impressed with the diversity of the kids playing in the tournament. All races, ages and even a few girl’s teams, it’s great and it’s great to just see the outcry and support of people who didn’t know him.”

The diversity of the players and others who were there was also a good representation of those who Mitchell called his friends.

“The best thing to know about Justice was that he was friends with a lot of different people,” Lee said. “It didn’t matter where they came from or what their background was, his smile and attitude towards others was tremendous.”

Mitchell was planning to come to Washburn this coming fall and was hoping to walk on to the Ichabod football team.

“We got started a little late in the process,” Lee said. “But we were excited about the opportunities Justice had in coming to Washburn.”