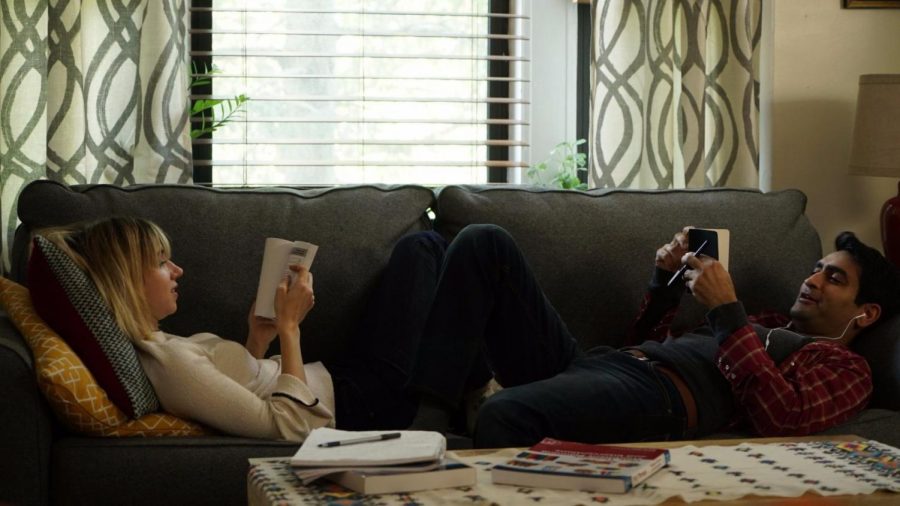 Acclaimed: Awards Daily recently conducted a poll of the top 10 movies of 2017 so far and "The Big Sick" placed number 2 on their compiled list which used the opinions of 100 critics. It was only slightly edged out of number one by Jordan Peele's racially-infused thriller "Get Out." James Mangold's solo Wolverine film "Logan" got slightly less votes putting it at number 3 right behind "The Big Sick."

The romantic-comedy genre has been stagnant for a while.

Movies in the genre continue to be made but they never touch on new or interesting parts about the journey of love that haven’t been addressed before. “The Big Sick” manages to not only revitalize the genre by tackling different aspects of love we haven’t seen before, but also delivers an incredibly funny and moving film.

Kumail (Kumail Nanjiani) is a young Pakistani immigrant who spends his days driving an Uber while performing stand-up at a rundown comedy club in Chicago. His parents consistently set him up with hopeful young and single Pakistani women, a ritual he participates in for the sake of his mother Sharmeen (Zenobia Shroff), despite the fact he has no interest in indulging these women or marrying them.

One night during a comedy routine he meets Emily (Zoe Kazan), a young woman who assures him she cannot be in a relationship at the moment, but the two find themselves drawn to each other despite their protesting. Kumail keeps his budding relationship from his parents due to Emily being white, but he finds soon enough that he will have to confront his secret affections towards Emily when she develops a serious illness and her parents, Beth (Holly Hunter) and Terry (Ray Romano), arrive in town to help her.

“The Big Sick” is based on the real life story of Nanjiani and his wife Emily’s relationship. Things are stretched to a certain extent, but it’s incredible to see two young people commit to the story of their love and being willing to put the pain and heartbreak they experienced together on the big screen.

Certainly there have been romantic comedies dealing with serious illness before, but there’s something unique to the way “The Big Sick” explores the disease. Emily is completely incapacitated, so there isn’t interaction between her and Kumail, but instead Kumail has to help fight and figure out what is making Emily sick with her parents.

The initial relationship between the three of them is strenuous due to Emily telling them about Kumail’s behavior towards her. Yet, they all do a lot of growing and their relationships are tested as well. Kumail has to prove himself to these two lovely people who do not trust him.

This initial conflict and growth also matches an internal conflict Kumail is dealing with. The woman of his dreams does not match the ideal type of woman his parents want him to marry. Kumail is dealing with thousands of years of tradition and the possibility of his family removing him from their lives because he doesn’t believe in arranged marriages like they experienced.

Through all of these trials we see Kumail adopt some maturity and we see other characters grow as well. Beth stands up to a racist heckler at Kumail’s show despite the fact that both of them really haven’t had a chance to get along yet. Terry and Kumail have an emotional albeit awkward heart to heart about when you truly know the woman you love.

All this is expertly handled by the tremendous performances on screen. Nanjiani is as funny as he always has been, but finds himself tapping into his dramatic side, offering scenes where you really feel the pain he is going through as he battles between the dilemma of facing rejection by his family to embrace the woman he loves.

Romano is great as Terry, he’s a loving father who teaches Kumail that the strongest thing a man can do is own his mistakes so he can better himself and be a good person to the people he loves.

Hunter also is incredible as her arc begins with her being really angry with Kumail before both of them learn that in times of crisis you need to embrace those trying to help. Her relationship with Kumail becomes one of the strongest facets of the film and its really interesting to watch her defend him against moments of intense racism even before she started to trust him.

Kazan’s Emily is charismatic and loveable and her scenes of sickness really do tug at your heartstrings.

Shroff and Anupam Kher, who play Kumail’s mother and father respectively are also fantastic. You really feel the weight of culture bearing down on their shoulders and you find yourself somewhat saddened by the fact that they have done everything to help their son and he seems to deny their movements. They’re tragic figures in the same way Kumail is, they love their son, but everything he is doing behind their backs would be a betrayal to them, which is why he hides it.

All in all, “The Big Sick” is a tremendous romantic comedy. One that proves that tired and washed up genres can be revitalized if we simply hand over the reins to people whose perspectives aren’t often depicted in cinema. It’s certainly one of the best and most moving films of this year.