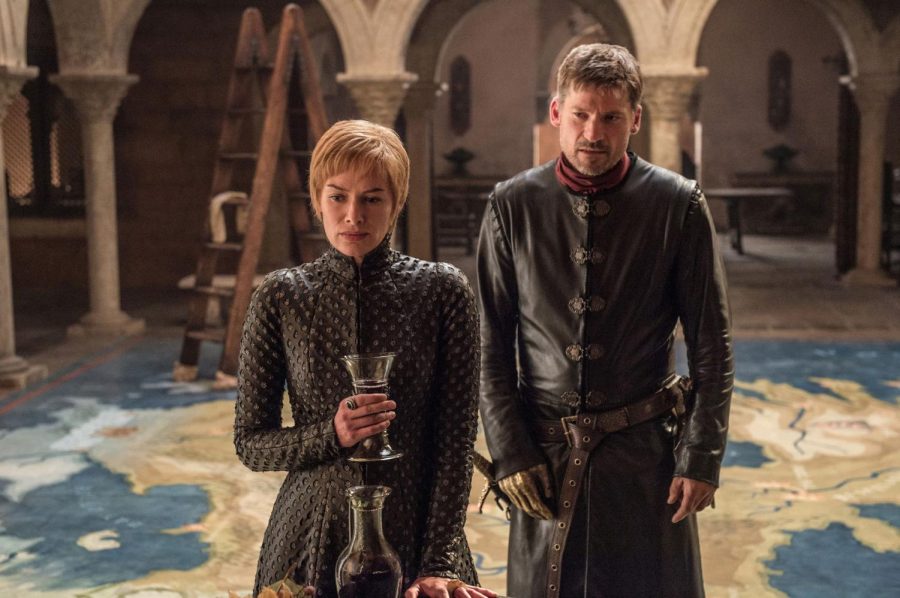 Sibling rivalry: The show did great work slowly planning the eventual separation of Jaime and Cersei as the brother of the twins started to slowly notice how unhinged his sister has become after the death of their children. Jaime’s eventual escape from his sister in the finale of this season was an emotionally riveting moment.

Season seven was quite possibly the most fast-paced, insane and fan-service filled season of “Game of Thrones” ever.

Yet, I have come away with many of its most bombastic moments making me feel hollow. Beware, spoilers ahead.

The season opened with four of the shows strongest set-up episodes. Opening with Arya (Maisie Williams) single-handedly pulling off one of the greatest massacres in the show. It was a testament to how much Arya had changed and how she no longer plays by the rules of her father.

The development of the Stark children in this season was consistently good. It is fascinating to see them all joined together once again, as they have all changed immensely since we last saw them, all shaped by different surrogate fathers they were forced to saddle up with.

There was a weakness in the Winterfell plotline where Arya and Sansa’s (Sophie Turner) bickering forced by the sneaky hand of Petyr Baelish (Aidan Gillen) became such an obvious trick that it made his eventual demise a bit too obvious, but all very satisfying.

Gillen in particular gave a fantastic performance during his death scene. Begging for mercy and doling out half-hearted declarations of love is an attitude we’ve never seen Baelish in and Gillen really approaches it with true gravitas.

Another highlight had to be Jaime’s (Nikolaj Coster-Waldau) overtaking of Highgarden and his subsequent scene with Olenna Tyrell (Diana Rigg) where, after sealing her fate with a swig of poison, delivers one of the greatest speeches the show has ever had as she reveals she was the one who killed Jaime’s son.

Waldau’s subsequent horror and rage crawling onto his face is a testament to his incredible ability. Rigg and her wonderful rendering of Olenna will be missed, but her send off was incredible.

The following episode, “Spoils of War” was without a doubt the best of this season. Featuring a beautifully choreographed spar between Brienne (Gwendoline Christie) and Arya, Bran revealing his sight to Littlefinger and then culminating in the show’s finest battle ever as Daenerys (Emilia Clarke) rides in scorching Lannister soldiers aflame as her Dothraki bloodriders ram through shields much to Jaime’s horror.

Everything about the structure of this scene was incredible and the execution makes for beautiful cinematography and heart-stopping visuals. Not to mention the battle is truly tense since both sides of the fighting feature characters we like and root for. It was truly a highlight of the season.

Many questioned if the show had laid enough groundwork to make the love and attraction between Jon and Daenerys believable, I think it got there but it seemed to happen very quickly. That might just be because Emilia and Kit have natural charisma together though.

It’s here where the season began to lag a little though. Episodes five and six not only fully committed to the unbelievable scenes of Arya and Sansa hinting at betraying each other so as to set their trap for Baelish, but it also introduced the really silly and downright foolish plan of capturing a wight.

Jon’s merry band of men traveling beyond the Wall certainly made for some really exciting and intense action, but that doesn’t mean it wasn’t convoluted and contrived.

The master plan of Tyrion (Peter Dinklage) is not only his worst idea ever, but it makes for an episode where characters do really unfathomable things in order to further the plot. This is an example of the show being past the books and not taking as many risks.

“Beyond the Wall” is filled with fake deaths, idiotic character decisions, odd timelines, fantastic imagery, tense moments and the occasional well-written dialogue, but the more one thinks about it the more one questions the logic and creativity of the writers.

Why does Sandor (Rory McCann) throw a rock for fun which then leads the army of the dead to attack everybody? Why did the writers send up seven major characters and only kill off the one fans care the least about? The show is already known for killing people the audience likes, so why pull punches now? The final episode of “Game of Thrones” season seven, entitled “The Dragon and the Wolf,” focused on really meaningful character moments, such as Tyrion and Cersei’s (Lena Headey) angry, spiteful confrontation, Sandor’s confrontation with The Mountain (Hafthor Julius Bjornsson) and the declaration his eventual vengeance and Jon’s forgiveness of a teary Theon (Alfie Allen), as they both talk about their adoptive father and Jon tells Theon that he will always be a Stark.

The episode was an emotional and revelation filled ride that perfectly sets up what are sure to be exciting events in season eight.

Overall, it was a fine season, filled with really great moments of character introspection and intrigue. Yet, part of me just feels empty. It’s moments of shock surprised me, but didn’t give me many other feelings. All in all, there was still enough truly intriguing developments for me to heartily say that HBO did produce another thrilling and exciting season of “Game of Thrones.”