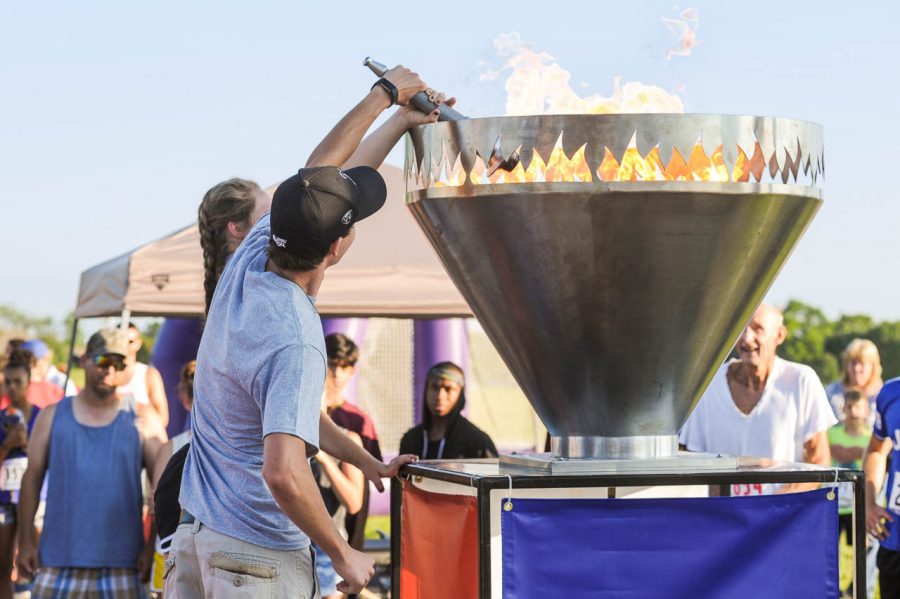 The cauldron was lighted at Sunflower State Games' Cauldron Fest that is held in conjunction with the 5K/10K.

The competitive spirit ignited with the summer heat with the 28th annual Sunflower State Games.

The games kicked off the action July 14 with a cauldron lighting to commence the games along with the 5k/10k Cauldron race. The Sunflower State Games ended July 30, offering exhilarating action throughout the month.

The competition, which borrows inspiration from the summer Olympic games, began in 1990. Every year Kansans of all ages and athletic ability come to prove themselves in tournaments that span over 45 events and sports. Many sports are represented, from key staples like basketball and baseball, to more obscure offerings like cricket and pickle ball. This year however the games saw an exciting addition added to its line up.

The games introduced drone racing this year as one of the events both competitors and spectators could enjoy. Drones with cameras mounted to them flew at high speed along a LED adorned course, vying for a podium finish.

Both competitors and spectators were given special headsets that allowed them to see a live feed coming from the mounted cameras, transporting them straight into the action.

In addition to watching the games, spectators also got the chance to vote for their male and female athlete of the year. The winners will be announced in august