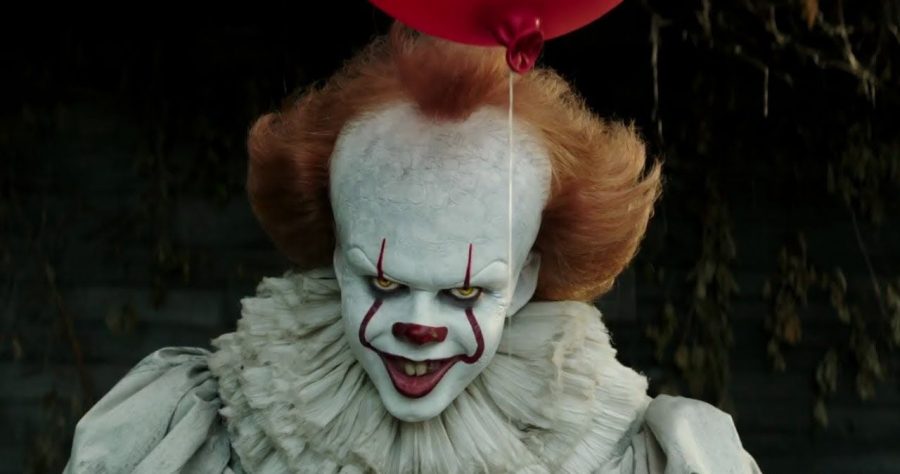 It’s no secret that Stephen King’s exceptional novels have had trouble being adapted into movies that match their quality.

For many, the 1990 TV miniseries “It” featuring Tim Curry as Pennywise is unassailable, but it does not really hold up years later. I’m happy to report that the new “It” is much better than it’s television predecessor and is also one of the best King adaptations in years.

The town of Derry, Maine has experienced a surge in missing children lately including Georgie Denbrough (Jackson Robert Scott) whose brother Bill (Jaeden Lieberher) has never stopped giving up the search for the past year.

Suddenly Bill and several of his friends have begun to be terrorized by several odd figures representing their worst fears.

Slowly, the children begin to realize their horrifying living nightmares are all connected to a terrifying entity who often takes the form of Pennywise the Dancing Clown (Bill Skarsgard). The kids must band together to find a way to stop Pennywise, before It gets to them first.

“It” is, without a doubt, terrifying. It’s scares are consistently well set-up and never land in the ever-obnoxious category of the fake scare.

Without delving incredibly deep into horror film theory, a fake scare is when the audience anticipates something frightening but the item, person or image meant to scare them is a cheap, everyday thing. Like a protagonist popping out from behind a corner or something falls to the ground or a cat meows. These scares cheapen the moment to moment thrills of a horror movie and remove the feeling that there is any actual fear in the situation.

All of the scares in “It” are real and intense. Each of It’s forms feel intensely personal and attuned to individual characters.

Eddie whose overbearing mother has seen him develop an incredibly hypochondriac attitude, is absolutely terrified of the leper that It takes the form of that chases him as he walks home alone one day.

It is one of the most terrifying horror creatures ever imagined, not only because of his favorite persona as the world’s creepiest clown, but because his ability to take on any form he wishes makes for an incredibly varied amount of scares in the film. That’s not even taking into account his power to create lifelike illusions and be almost anywhere he chooses.

Which is why Bill Skarsgard deserves a huge amount of praise for his performance as Pennywise. His cheery and maniacal disposition is the stuff of nightmares and every small sight of him makes you feel queasy. His wicked smile and twisted movements as well as Skarsgard unique vocal inflections for the character which vary from a high-pitched nails on chalkboard sound to a deep demonic grumble.

The performance certainly isn’t so iconic that fans of the 90’s miniseries will forget Curry’s incredible performance, but Skarsgard’s is so unique and different from Curry that his job will certainly be career-defining.

The other performances in the film are also fantastic. Sophia Lillis plays the only major female character, Beverly, and is fantastic in the role. The movie sadly doesn’t allow her to really show off all her skills at their full potential but she is an absolute riot and Lillis gives her a tragic edge due to the everyday horrors Bev experiences at home.

The other child actors are also tremendous with special praise for Finn Wolfhard as the crudely humorous Richie Tozier and Chosen Jacobs as Mike Hanlon, a young home-schooled African-American boy whose greatest fear is likely the most tragic of the children and his arc shows the most development in forming his heroic attitude.

“It” is an exceptionally well made horror movie. The scares are earned, well-executed, and filled with horrifying nauseous imagery. The performances are great with Bill Skarsgard’s Pennywise earning incredibly high praise. The plot moves by the numbers and the final fight scene suffers from a high amount of predictability but is filled with enough horrifying images to keep you engaged and scared. Come and see: You’ll float too!