Up to No Good Improv 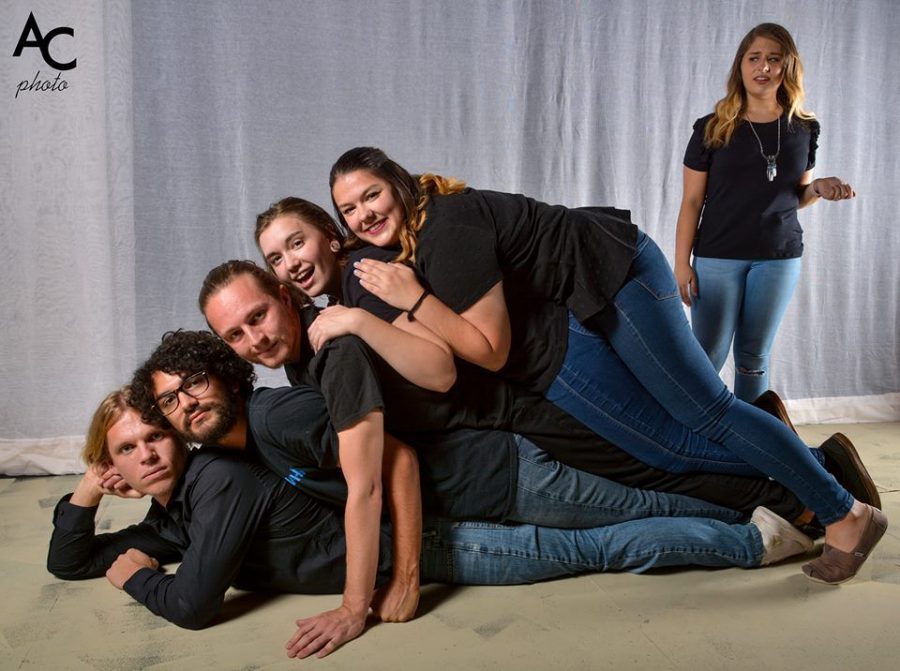 Up to No Good Improv

Improvisation is an interesting art form that is easy to think you are good at, and not be good at. Luckily for Washburn students, there is an improvisation group with impressive comedy skills right here on campus that I had the opportunity to watch rehearse. “Up to No Good Improv” was started by CJ Williams, a theater major who felt the lack of improvisation in the area was something that needed rectification. The group is made up of nine Washburn students; Williams, Isaac Bird, West Everts, Tracy Bell, Isabelle Smallback, Claire Hartman, Sage Pourmirza, Denilson Lopez, and Michael Anschutz. When I asked the group why they felt improv was important, Williams said ‘it was mostly about bringing something new to Topeka.” Bird added, “It’s all about enriching the culture. You leave behind expectations and laugh along with strangers.”

One of my favorite of the skits they performed was called “New Choice,” a warm-up act to spruce up their creative juices. One of the scenes between Bird and Hartman had the entire cast and myself rolling with laughter as they acted out a mother teaching her son to fish for the first time. As Hartman struggled with her difficult son, Williams would call out, “New Choice,” and the actors would respond by upping the ante, creating hilarious and outrageous scenarios ending only when the story came to a natural conclusion. The physical action was visceral enough for me to visualize their imaginary fish flopping around as Bird mimed eating the raw catch.

Williams took the group out onto the campus for more skits, drawing more than a few surprised looks from passing students overhearing a ridiculous argument between who was the toughest biker in the gang. I was thoroughly impressed with the rehearsal, and would encourage anyone who has the opportunity to watch their next show to go. It will be in the Andrew J. and Georgia Neese Gray Theatre on October 6th at 8:00 pm.