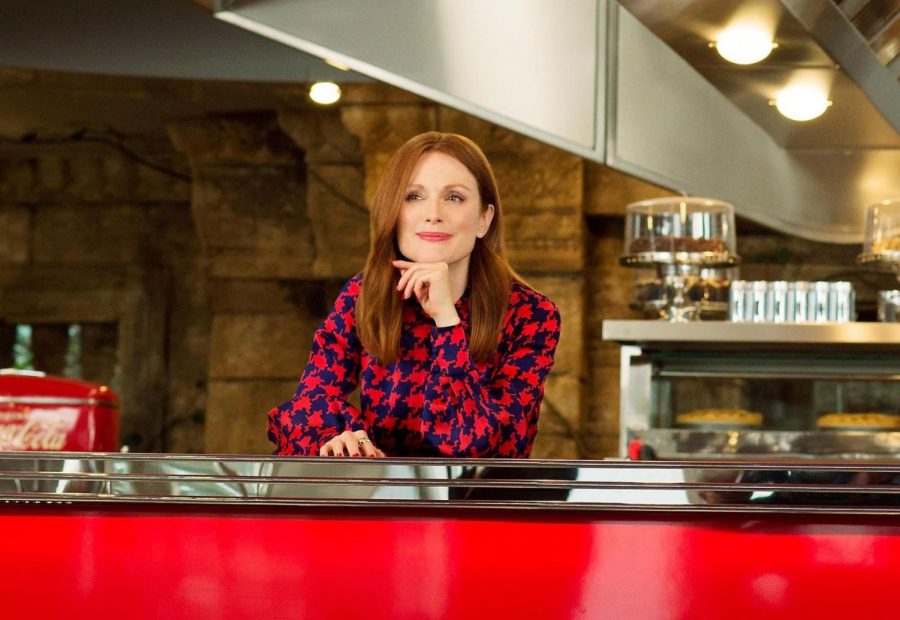 After 19 years of successful films, Matthew Vaughn hits a creative snag in his first time attempt at a sequel to the beloved spy movie “Kingsman: The Secret Service.”

A year since Eggsy Unwin (Taron Egerton) stopped Richmond Valentine’s worldwide terrorist attack, the young agent must stop a new plot conjured up by Poppy Adams (Julianne Moore), the leader of the world’s largest drug cartel and a lover of ‘50s nostalgia.

With their fellow Kingsman agents unavailable, Eggsy and Merlin (Mark Strong) travel to the United States to get acquainted with their American brothers in arms: The Statesmen, a super secret spy organization masquerading as a Bourbon whiskey distillery company, lead by agent Whiskey (Pedro Pascal).

Matthew Vaughn is an absolutely fantastic director, but “Kingsman: The Golden Circle” is easily his worst movie to date. Worse things could be said though. Vaughn has never directed a bad film at this point and “The Golden Circle” falls more on the disappointingly mediocre side of the bad movie spectrum rather than the absolutely horrid side.

The film is frantically, nauseatingly paced. Characters hop to as many colorful locations as the film’s budget can manage without much explanation or consideration for their absurdity. While the “Kingsman” franchise was largely inspired by the absurd, silly nature of Roger Moore’s “James Bond” franchise in the ‘70s, the latest installment in the “Kingsman” lacks any of its predecessor’s finesse.

An entire sequence hinges on an idea so graphic and sexist that even John Wayne would’ve cringed at the thought.That’s the problem with “The Golden Circle,” though– it pushes the boundaries too far without offering up enough substance to even it out.

Champagne (Jeff Bridges) and Tequila (Channing Tatum) make brilliant first impressions, but are ultimately wasted as they are sidelined for the majority of the story. “The Golden Circle” even ruins the emotional gutpunch of its predecessor by retconning the death of Firth’s character. It’s all a hodge podge meant to dazzle and distract from a messy plot.

Another element of the plot that falls completely flat is the message. While the first “Kingsman” film concerned itself with themes of corporate greed, obsession with technology and terrorism, “The Golden Circle” focuses on the war on drugs.

Vaughn’s thoughts on the topic are completely scattered. He smartly doesn’t paint all drug users as villains, but he has the very characters that are on the anti-drug side hypocritically indulging when it suits them. Poppy’s idea that drugs should be legal is just as scattered an ideology within the film. Vaughn wanted to make a political statement here, but he failed to properly or consistently portray either side.

“The Golden Circle” isn’t all bad, though. It’s a fun film throughout most of its runtime, its jokes landing with precision. Egerton is charming and affable as always and Pascal is fantastic as Whiskey. Also, for all of the film’s faults, Vaughn succesfully makes trick-roping look cool, which is not an easy feat.

“Kingsman: The Golden Circle” is a disappointment in the end, though. It unnecessarily resurrects a main character, one of the film’s pivotal sequences is groan-worthy and its writing is too absurd to be thematically coherent or make any of its emotional moments feel earned. The film’s action is fun and stylistic, but all its other elements make it a dud.