Football scores 26 in second half to beat Lindenwood 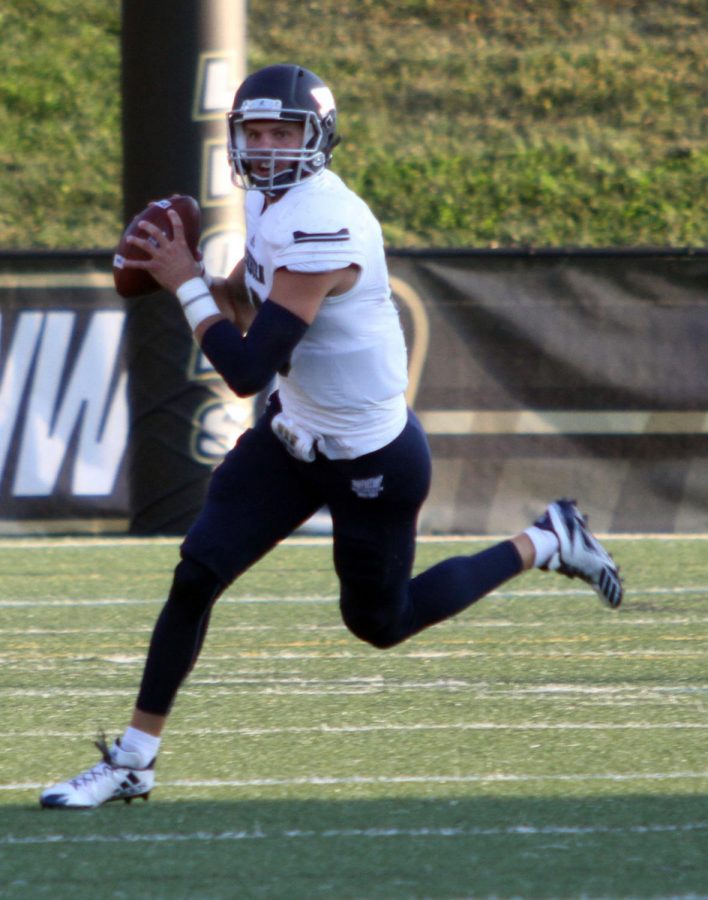 After a heartbreaking loss at Yager Stadium against the Northwest Missouri State Bearcats Sept. 7, the Ichabods rose once again to the win column in St. Charles, Missouri.

After falling behind by 16 points without putting a score on the board, Washburn trounced the Lindenwood Lions for a 26-16 come from behind win to put their record at 2-1 on the season and 2-1 in conference, giving the Ichabods a sixth place spot in MIAA standings.

“Our offense and defense did not really play well in the first half, we gave them too many first downs and did not help ourselves on third down conversions,” head coach Craig Schurig said.

Washburn struggled to score the entire first half accumulating only 63 yards of offense, while Lindenwood came out strong with a 13 point first half along with blanking the Ichabods on the scoreboard.

With 3,176 in attendance, the Ichabods spoiled what looked like an easy home win for the Lions at Hunter Stadium.

Some of the notable highlights from the game included major rushing yardage from Ichabod quarterback Blake Peterson who rushed 12 times for 73 yards.

“In the second half we got it going on offense,” said Blake Peterson, quarterback. “A big part of my game is my ability to run so it was fun to get out there and play a full game.”

He was not alone, however, as running back Mickeel Stewart logged an impressive 11 carries for 83 yards, plus two touchdowns, racking up an outstanding average of 7.5 yards per carry.

“We needed it,” said Mickeel Stewart, running back. “We came out in a stalemate in the first half and our offense had to rally at some point.”

With the win on Saturday, the Ichabods have bounced back from their Week 2 loss against defending national champions Northwest Missouri State.

One underlying problem Washburn football appears to have is a slow start out the gates to begin their last two games. Not only did they not score as well during their tight contest with the Bearcats the entire first half, but the final score remained a low scoring affair for both sides.

“It’s hard to put a finger on, but you know offense is all about execution,” Schurig said, “We have had a lot of penalties or mental errors, so we have kind of been self inflicted with our struggles.”

While the defense has held its ground, especially during week 2, the Ichabods must get their offense fired up for the start of the game to install security and stability in their matchups, more importantly, during the second half.

“As an offense we have had a couple slow starts so we just need to pick it up and go,” Stewart said.

With two quarterbacks at the helm for the Ichabods, the drive and motivation must be passed on between possessions from Peterson and Logan Twehous. Craig Schurig does note one outlying characteristic of his players.

“Our kids do not panic,” Schruig said.

Up next for the Ichabods is a matchup at home at Yager Stadium against University of Nebraska at Kearney for Washburn’s annual Family Day. The Ichabods are looking to improve their record to 3-1, break the top 25 in Division II standings, as well as reach the top of MIAA rankings. The Family Day game will be at 1 p.m Sept. 23.