Farley residence hosts discussion on the psychology of hate 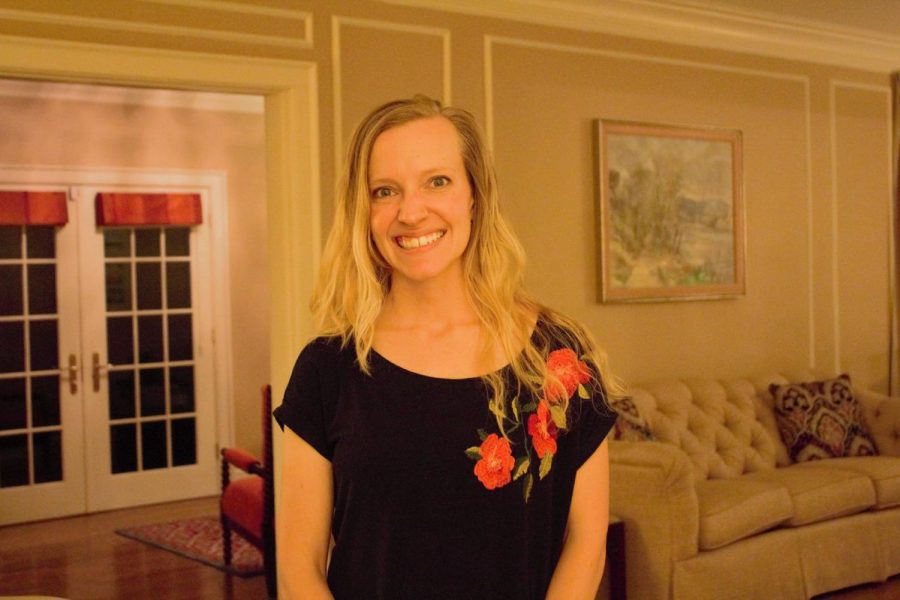 Dr. Jericho Hockett of the psychology department gave the lecture on the psychology of hate. She has been with Washburn for four years now. Her academic philosophy has been that of empowerment.

A group of randomly selected Washburn students on August 13 at the Farley residence on August 13 to discuss the psychology of hate as part of the round-table discussions that the Farley’s host every three to four weeks during the semester. It was a timely topic, with the recent emergence and rediscoveries of hate groups and the escalation of hate-induced violence.

The extensive discussion was mediated by Dr. Jericho Hockett of the psychology department and touched on topics ranging from the source of hatred, to the desired response to hate and ways to decrease it, to the exploration of hate as an innate human emotion among others.

It started with participants pondering the cause of hatred, the kind of extreme hatred that underlies genocide, massacres, and acts of terrorism. According to Hockett, one of the roots of such hatred is authoritarian parenting. “Authoritarian parenting is a parenting style I think of as ‘my way or the highway’. Whatever the task is, the child must do it in a certain way,” she said. She explained how children adopt their parents’ perspective and start imposing their own authoritarian ideologies on others—people from other cultures, people who think differently. Lack of empathy and neutrality toward social issues were two other roots of hatred discussed.

The discussion then turned to the catalysts of hatred. “What helps hatred foster?” Dr. Hockett asked. The students came up with answers such as ignorance about the targeted group, a sense of community or sense of being better—whatever that means, the lack of negative repercussions against hateful actions, and dichotomous thinking among others. A surprising answer came from Dr. Hockett herself. “An unsuspecting root of hatred is powerlessness,” she said. Powerlessness is generally birthed by the fear of losing control. This can lead to anger which can easily devolve into hate.

After discussing the topic some more, Hockett let the students go outside on the patio, leaving them to discuss the question, “If you witnessed an act of hatred being expressed, how could you respond to it in a manner aimed at decreasing its effects?” along with a few other questions over dinner.

There was a consensus that hatred as an emotion may be too strong to just let go of. Instead, what certain students suggested doing was to not act on or express hate. This, according to them, could help the feeling of hate attenuate.

Hockett agreed. “Cognitive dissonance, the mismatch of attitude and action, can do that. If you’re going say ‘I’m not going to express the hatred even though I feel it,’ you’re going to be motivated to bring the attitude and the action together. So hatred may decrease that way little by little,” Hockett said.

Educating parents and children about empathy was another popular answer to the question, with the idea being that education could cut the hatred at the source.

As with any discussion involving quagmires in the social sphere, this one concluded with a fitting quote from Dr. Hockett. “It’s complicated,” she said, and added, “In my class, when we talk about the psychology of responding to prejudice, discrimination, and violence, students ask me what the best way is. The answer is, ‘I don’t know.’ There is no one best way. There are a multitude of ways, and if we could engage in more than one way, it would be effective.”