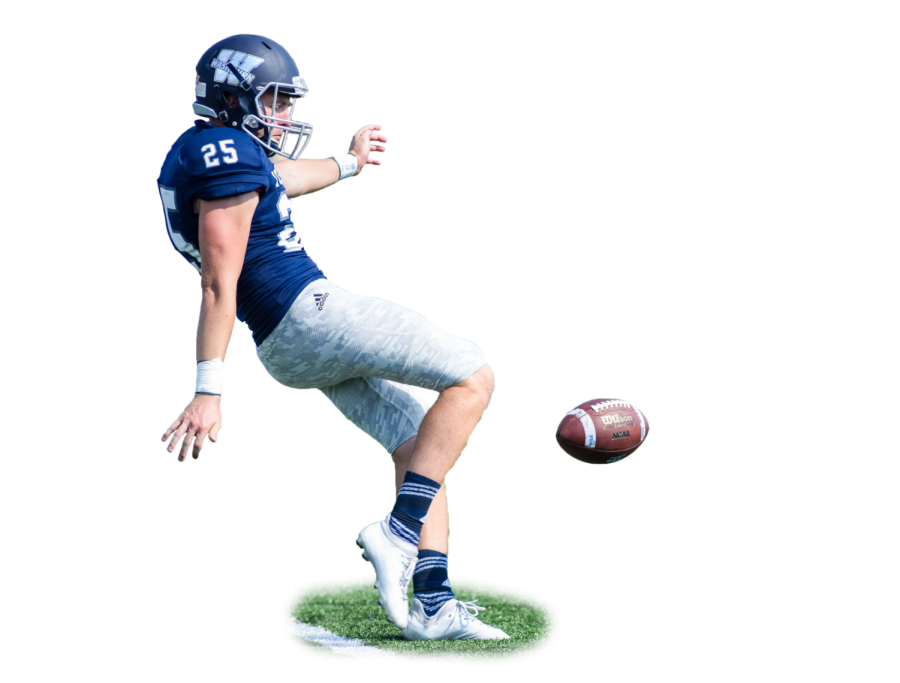 The Ichabods roared out to a fast start on the defensive end Sept. 23 against the University of Nebraska at Kearney Lopers, scoring a home game win for Family Day weekend.

The Ichabods were on top of the Lopers’ run game, dropping multiple plays for losses to start off the first drive of the game. After a triple overtime thriller last season against the Lopers at Cope Stadium, the Ichabods made sure there was no contest at Yager Stadium this time around.

The Ichabods scored quickly after holding their own on the defensive end, keeping the Lopers from a single first down on their first drive, and then blocking a punt and returning it for a touchdown.

The fast start was promising for the offense, considering that the Ichabods had slow starts in their previous two games against Southwest Missouri State and Lindenwood.

“Geat defense and great special teams helped,” said Craig Schurig, head football coach. “The offense got rolling, so it was nice to get off to a fast start.”

The first quarter set the tone for the rest of the game, as the Ichabods’ offensive end scored two touchdowns and a field goal to take an early lead. The defense held its ground as well, allowing only 44 offensive yards from the Lopers the entire first half.

The second quarter was similar to the first in that the Ichabods continued their offensive barrage on the field. The Ichabod offense scored three touchdowns, one being an interception returned for a touchdown from D.J. Olmsted, safety, plus a two point conversion in the second quarter that set the score at 39-0.

“We started off the game great,” Olmstead said. “It has been on our minds all week and pretty much the past week to get off to a fast start offensively, so it was huge.”

The Ichabods managed to stray away from penalties during this game, too. The team showcased their dynamic offense and defense players expertly without substantial error on either side.

There was not much going for the Ichabods in the third quarter, though. The team cruised through the quarter without scoring, while the Lopers put two touchdowns up on the board. Heading into the fourth quarter, the score was 39-14.

Excluding the touchdown by the Lopers in garbage time, it became clear that the Ichabods would be victorious. The Ichabods continued to pull away with two more touchdown and seal this game with a score of 60-28.

Up next for the Ichabods is an away game 2 p.m. Sept. 30 at Pittsburg State University. The Ichabods hope to add on a win to their 3-1 record and advance over Pittsburg State in the conference rankings with at Carnie Smith Stadium.