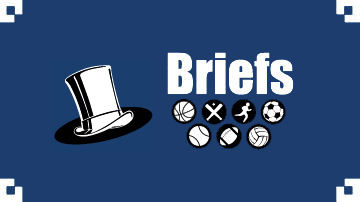 Washburn football (5-3) has now dropped two straight games against Fort Hays State University and the University of Central Missouri. One road game and one at home. The Ichabods look to bounce back from their losing streak and break back into postseason eligibility once again Oct. 28 with a road matchup against Missouri Western State University.

Washburn volleyball (15-9) notched a win against Emporia State at Lee Arena Oct. 24. The Ichabods are now 6-6 in conference and own .625 overall record percentage heading into the final stretch of the season before heading into conference play in mid November.

Washburn cross country is coming off some stellar performances from front runners like Jacob Klemz and Sierra Mortensen in the MIAA Championships Oct. 21, who now look to head further into postseason contention. Klemz finished first in his race while Mortensen finished in the top 10 for her six kilometer trek. The team scores put the men at eighth place and the women in sixth.

Washburn soccer (9-6-1) is coming off their ninth win of the season after a two game skid against the University of Central Missouri and Missouri Western State University, respectively. The Ichabods are looking to add more wins to their column so that they improve their current standing in the conference at fifth place and their conference record of 5-4 Oct. 27 against Emporia State University.