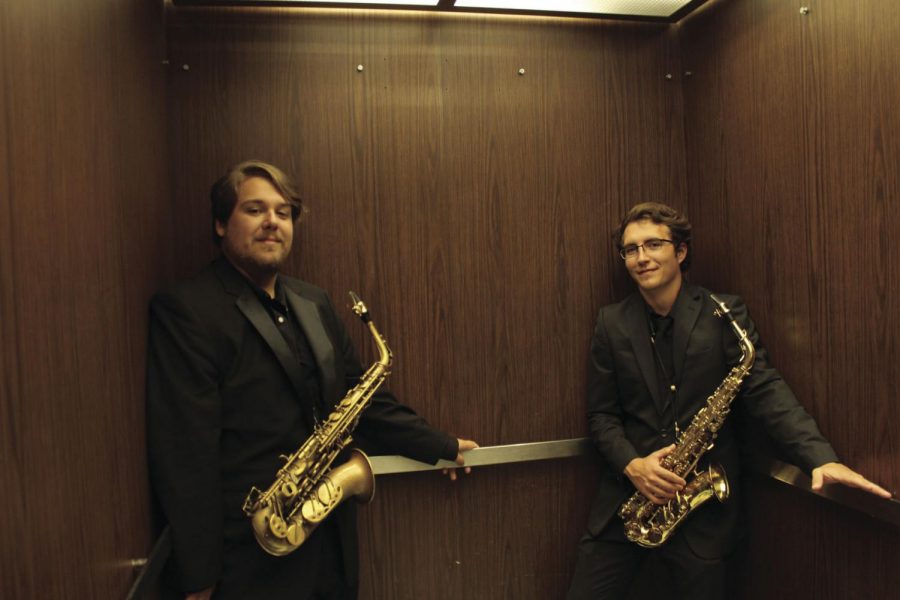 The campus is alive with the sound of music.

The senior recital is a culmination of the years that a student has spent obtaining a degree in music, whether it be in music education, music performance or a bachelor of arts in music.

The recital is required for students with these emphases to graduate. It is not uncommon to use footage of these recitals for future auditions for graduate schools or other  performance based competitions they plan to enter.

“I would compare the senior recital to the capstone project that other majors do,” said Paquette. “It is the culmination of your entire four years of studying music at Washburn.”

Lewin said that preparing for this performance is often taxing and demands a lot of time to properly prepare.

“For the past year, I’ve practiced four to five hours every single day, sick or not,” said Lewin. “I always find a way to pull out the horn.”

Paquette and Lewin are both double majors in music education and music performance. Both students are planning to further their music education and careers in graduate schools. Paquette and Lewin each said that they appreciated their time at Washburn and were grateful to have met Craig Treinen, professor of jazz studies, their mentor who has spent years preparing them both of their futures beyond graduation. Treinen made cameos in both of their recitals.

“They’re like my two adoptive sons,” said Treinen. “I listened to their first auditions. The progress that they have made in their time at Washburn was evident in their performances today.”

Reynolds is receiving a bachelor of arts with an emphasis in music. Like Lewin and Paquete, Reynolds is planning on attending graduate school to further his studies after graduation. He initially was a music education major, but eventually found his calling in composing music and plans to continue honing that skill.

Reynolds composed many of the pieces which were played at his recital, ranging from solo to small ensemble compositions.

Reynolds said that getting to compose for a recital was a challenging experience.

“It’s more nerve-wracking having your works played because it is a different kind of vulnerability than performing,” said Reynolds. “You have to put your trust in the musicians.”

Although Paquette, Lewin and Reynolds are nearing the end of their journey at Washburn, they leave behind a legacy and a standard of performance for current music students to strive for.