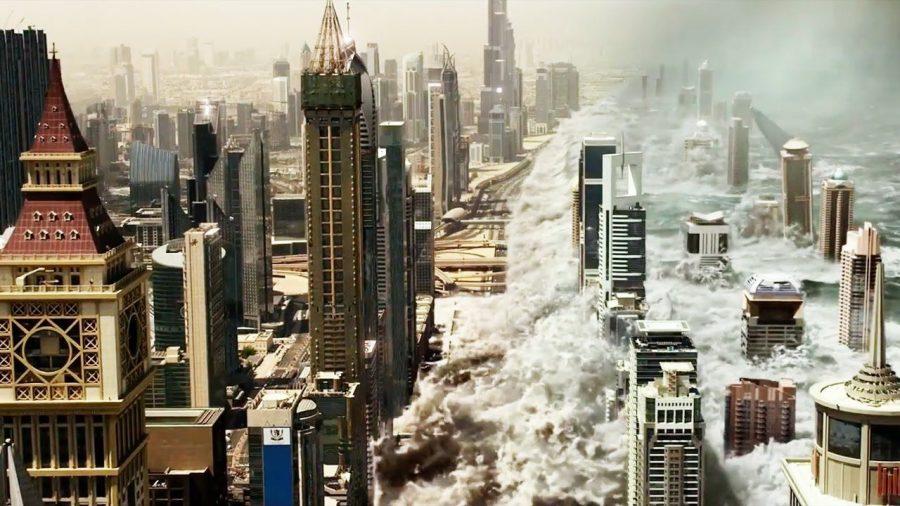 The business: “Geostorm” was plagued by a multitude of issues during its production. Producers ordered $15 million worth of reshoots after bad test screenings, and Katheryn Winnick recorded multiple scenes which were all scrapped and replaced with Julia Denton in the same role.

Disaster movies are the creme de la creme of bad movies and “Geostorm” isn’t even good at being a disaster movie.

Jake Lawson (Gerard Butler) is a brilliant scientist and creator of Dutch Boy, a weather-controlling satellite. After a rogue unit of terrorists hacks the satellite and targets specific areas with extreme weather, he must return to his job aboard the International Space Station to locate the terrorists and stop his own creation before it kills millions.

“Geostorm” is bad. It’s not astonishingly bad by any means, but still very bad. What sets this movie apart from other bad disaster movies is that it is really bad at being a disaster film. The actual scenes featuring natural disasters take up about 30 minutes of the film’s 110 minute runtime. The rest of the movie is made up of a team of scientists taking precautions to prevent the destruction.

This constant choice to avoid giving the inevitable disasters screen time kills the film’s momentum. Despite the central mystery slowly unfolding, nothing about any of the film’s machinations actually feels important or necessary in any way. This is all likely due to the film’s absolutely horrid writing and weak performances.

Butler is completely unbelievable in this role. He’s the smartest man in the world, quirk, stubborn and would rather do what’s right rather than what politicians tell him to do. Butler exudes none of these qualities in his performance. He’s a buffoon who solves problems with his fists rather than his brain. He’s an absolute mook who cannot see when someone will obviously betray him later.

Let’s not even mention the absolutely ghastly American accent he attempts to use, which is completely undercut when his character mentions that he and his brother were born in the UK (Butler has a Scottish accent, so he logically should have not changed his accent for this movie).

The rest of the cast is phoning it in as well, not that their characters are any better than Butler’s. Despite the wide collection of talented performers every single one of them has one personality trait which provides absolutely no depth to anyone at all.

“Geostorm” contains every disaster movie trope you could imagine. The Dutch Boy is outfitted with large heat lasers that effectively become cliche death rays over the course of the movie. The movie seems aware of the absurdity of a convenient self-destruct button, though, and gives a proper answer as to why it would exist in the story.

All this makes for a movie you could say is steeped in laughable idiocy, but it’s hard to say “Geostorm” is even so bad it’s entertaining. “Geostorm” isn’t even a proper disaster film. It’s a political thriller and sci-fi action film that just happens to throw in a bunch of six second clips of natural disasters here and there.

It insults the audience not by providing a movie that treats them like idiots, but by lying about its premise just in the hopes that people would see it because it’s a big, dumb, natural disaster spectacle.

“Geostorm” is just bad. I was tuckered out watching some of the truly tedious moments of forced tension, tired story elements and special effects so dated they could have been pulled from a “Twilight Zone” set. Even for its decent average casting choices, the acting was subpar at best.

In the end, was this movie a complete waste of time and total snooze fest? You can bet your giant sky laser on it.