Bods win over NSU, lose to MWS to end season 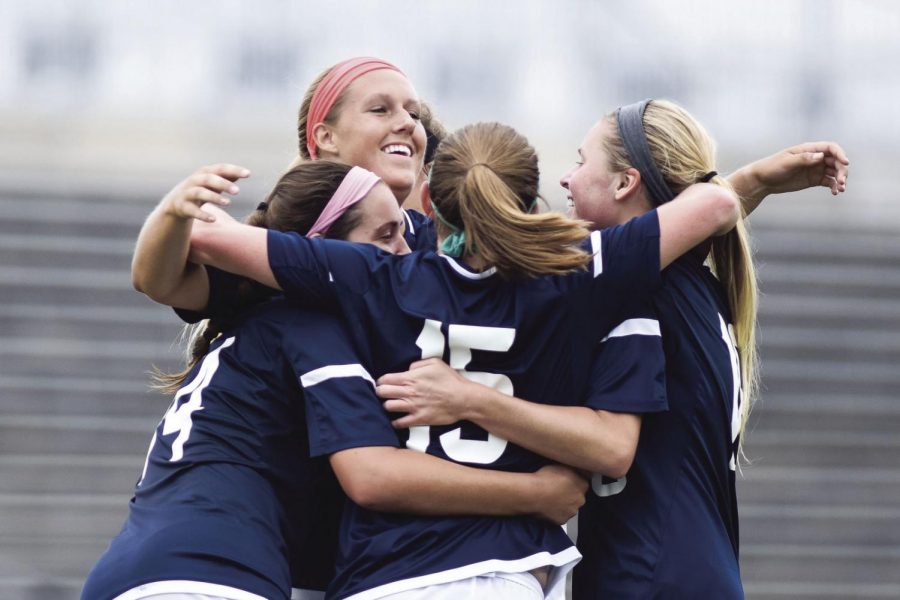 The Ichabods celebrate after their second goal scored by #15 Kelsi Smith.

Washburn started the first half aggressively, taking five shots in the first seven minutes of the match, while the Riverhawks didn’t get a chance to attempt one. The following five minutes came to a stall as each team committed multiple fouls. As the clock neared the thirty minute mark, Washburn committed two more fouls. Both teams managed to shoot one more time before the first period reached an end.

In the second half, the Ichabods shot twice more while the Riverhawks committed two more fouls. Paige Swanson put Washburn on the board with her fifth goal of the season. Five minutes later, Washburn’s Kelsi Smith was given a yellow card. Over the next fifteen minutes, Washburn outshot Northeastern State with three attempts to their zero. Northeastern State attempted four more shots before the end of the match, but failed to make any of them. Washburn hung on to win 1-0.

Washburn was more aggressive offensively, shooting six times in each period while NSU five times in the first period and only four times in the second. Washburn had three saves throughout the game and NSU had eight saves. Both teams fouled quite a bit with the Ichabods being called for nine and NSU for 10.

When asked about what the team would work on heading into the match, Presley Wiggins, senior, answered with a focus on the team’s scoring ability.

“We’re going to be working on connecting from the middle of the field and scoring. Defensively, we were doing good. We just need to work on our upper-third, like getting our shots in the goal,” Wiggins said.

Emily Stauffer, senior, had her mind set on the bigger picture.

“Winning. You gotta win to keep going so we’re just going to give it everything and have that mentality in practice going into it,” Stauffer said.

It looks as though both players concerns were addressed, as Washburn was able to outscore the NSU and win the game. The Ichabods advanced to the semifinals of the MIAA Tournament where they suffered a season ending loss to the Griffons. Davy Phillips, in his first season as head coach, would end up with a 10-9-1 record and a 5-6 record in conference.