14 students inducted into only chartered PTK Chapter in Kansas 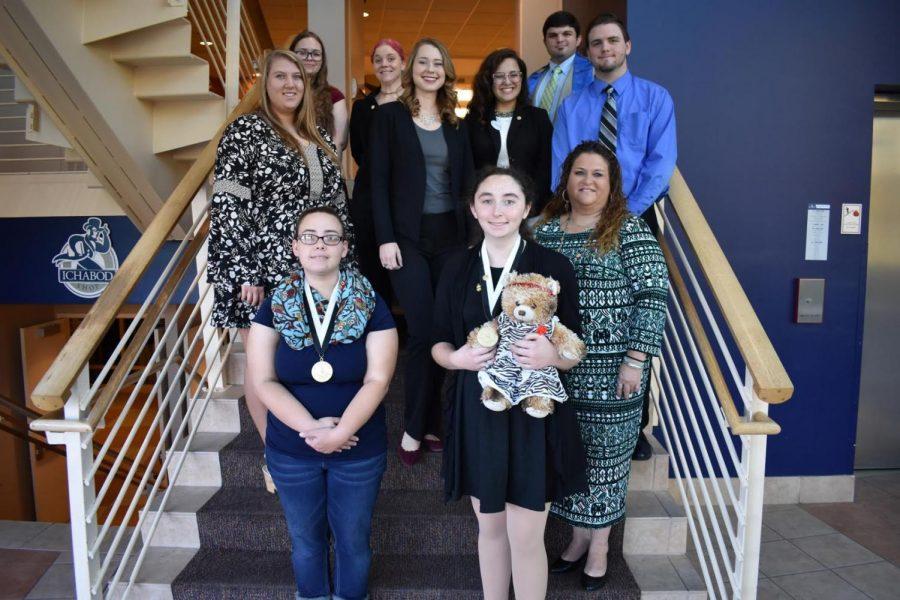 Scholarship, leadership, service and fellowship – the four benefits one experiences as a member of Phi Theta Kappa Alumni of Washburn University.

While PTK is present around other Kansas universities, the only chartered one resides at Washburn, which was officially charted in April of this year. 14 students were inducted into Washburn’s chapter Nov. 19.

The goal of an alumni chapter is to encourage students to stay in touch with one another, network for future professional opportunities and to reach their full potentials academically and personally. These chapters also introduce opportunities to students that they wouldn’t otherwise have, such as scholarships, leadership and service opportunities.

Washburn’s PTK Alumni chapter is currently promoting to transfer students from two-year colleges, and the organization helps to ease the transfer process that students deal with when coming from a community college.

“I’ve always held myself accountable and wanted to have good grades, but being in this organization definitely holds me accountable,” Eslick said. “We also have networking opportunities that other students might not.”

PTKAW members are immersed in volunteer work. In May of 2016, members worked with Community Health Ministry in northeast Kansas. They organized a Summer Shoe Drive, where they left boxes around campus so that students and faculty could donate unwanted shoes to people in need in Haiti. The drive lasted 90 days and collected more than 100 pairs of shoes. The following year, PTKAW held two more shoe drives, resulting in 600 more pairs of shoes collected. They  then decided to expand this volunteer opportunity to various PTK chapters in Kansas, who are now collecting shoes as well.

“It has introduced and opened me up to so many media sources,” said Brandy Burnett, senior social work major. “We have been able to get information about our organization out in order to become something that is more well known. It has also given me the opportunity to advocate for my own child.”

Burnett currently holds the position of Vice President of Public Relations for PTKAW, and is fighting a personal battle that she is hoping to shed light upon. Her son Vincent struggles with a form of blindness that doctors believe will worsen as he gets older. They are currently in the middle of testing to understand what exactly the cause of Vincent’s blindness might be. Burnett used her position to stand up and advocate for his condition at the induction ceremony. Burnett is just one example of how PTKAW connects students to resources they wouldn’t otherwise have.

“People are starting to recognize PTKAW and they are listening,” Burnett said.

The ceremony came to a close with a special thank you to its founding members. The organization plans to continue to strengthen its image within the Washburn community, and to provide members with opportunities that will benefit them well after graduation.