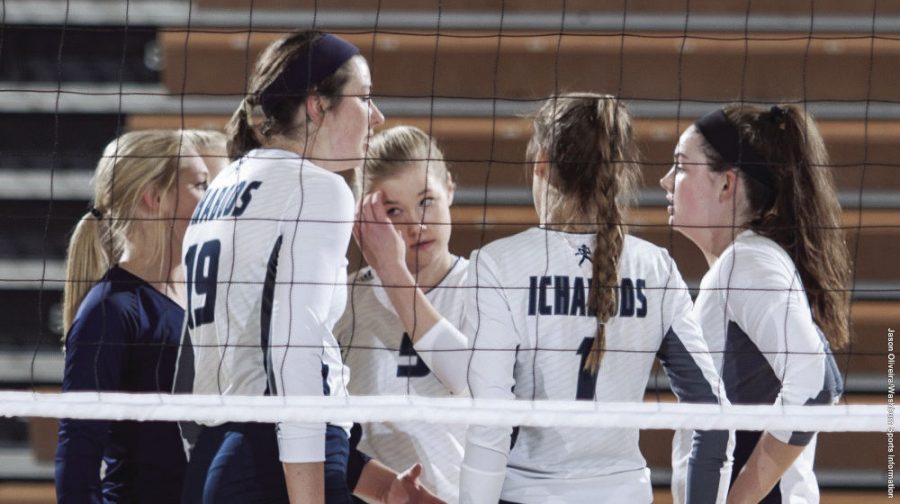 Washburn Volleyball marked a set of crucial games against the Mules and the Lions as losses this recent weekend as the regular season winds down.

The Ichabods have seen a recent downswing in athletic performance with the many injuries suffered over the span of the whole season. While freshman have stepped up with recent impressive performances from Genna Berg along with Allison Maxwell, it has just been a struggle to get on track.

“I think we showed a lot of energy that we have been needing to show,” Shayla Conner said, “We did not show up completely the last three sets, but we just keep getting off to bad starts.”

The Ichabods fell behind first against the Mules in the second set, where they hit .142 after recording a .432 in the first. They then recorded a dismal .126 and .124 against the Lions in the first and second sets where they would surrender both games as 1-3 and 2-3 losses, respectively per wusports.com.

The Ichabods have a tough road ahead with a 17-12 overall record and a 7-9 conference record.

“I think we have definitely shown a lot more effort in previous matches than these last two,” Makayla Maxwell said.

With these two losses, the NCAA tournament bid heads into uncertain fashion as the regular season comes to close.

While Washburn does hold a uneasy grip on the seventh place spot in the MIAA with Emporia State not far behind, it could have been a much different story with a win over Lindenwood.

In fact, the Ichabods most likely would have had a even closer contest in the rankings with the Lions who are now well ahead by two games, making a push for sixth even harder with the remaining schedule.

Hopefully, Washburn Volleyball can turn it around for the final three games of the regular season.

Up next for the Ichabods is a road trip to Edmond, Oklahoma to face the University of Central Oklahoma. The Ichabods have faced the Bronchos before with a win going in favor of UCO. Washburn hopes to defeat the third ranked team in the conference at 6 p.m. Nov. 10.