Washburn Tech gifts vehicles to those in need 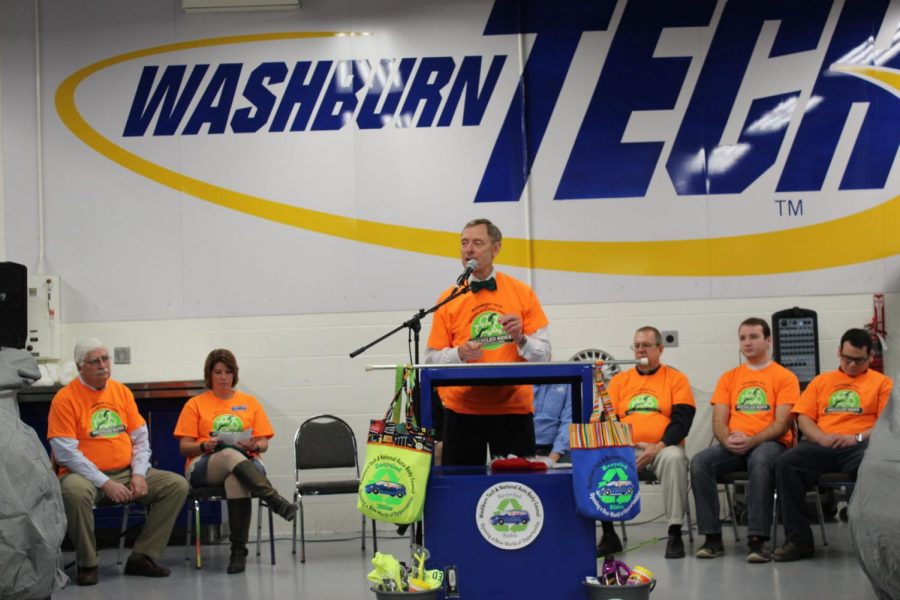 Most Washburn students take transportation for granted. Washburn is a small enough campus that many can walk to class, take a car, hitch a ride with a friend or ride the bus for free with a WU ID.

Imagine walking across Topeka every day to get to work, or taking an entire day off work to go to a doctor’s appointment because of the bus schedule. Imagine that it rains, but you still have to walk to daycare with young children, just because you don’t have a car.

This was reality for Jamie, Washburn Tech’s Recycled Rides twentieth recipient since the program began in 2011. Now an owner of a 2002 Buick Stinger, Jamie is able to support her children and access community resources fully.

Washburn Tech refurbishes and donates cars as part of the National Auto Body Council’s Recycled Rides program. The NABC overlooked Washburn Tech at first, but another school in the program didn’t follow through, so the NABC offered Washburn Tech the opportunity.

“We [Washburn Tech] were actually the first school in the nation to actually get a car done,” says team member Sharlene Showalter.

Years later, Tech still has that same level of drive, and is giving away their twentieth and twenty-first cars. Showalter is not only a team member, but also the wife of one of the instructors, Eric Showalter. The couple joins 20 to 50 students, instructors and community members to build each car. Washburn Tech has brought their own unique twist to the program by bringing in mechanically challenging cars, and also includes their mechanical program in the operation.

The students work alongside current workers in the auto industry, even on weekends, giving them experience with the members of Topeka who one day might be their employer. Zacharia Hoff, a 16 year old first year student said that his favorite part of the program was being around other people, learning, basically getting to know people, because he may be working with some of these people later on in life.

“It actually does turn out to be a live job interview,” Showalter said.

Recycled Rides offers students the chance to interact with instrustors, fellow students, and Topeka’s community in a unique and personal way. Through Washburn Tech’s involvement with this program, not only do students learn, but they are also given the ability to touch lives in the Topeka community. President Jerry Farley spoke at the Recycled Rides event about the rewards of doing this type of service.

“You [the students] will leave here and feel inspired, I hope, to go back into the community and spread that feeling,” Farley said.