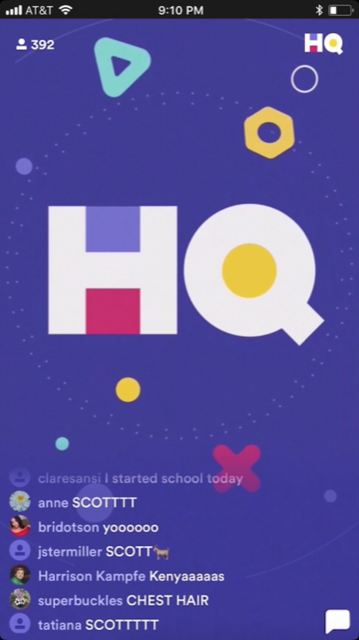 Are you that one person who usually has random knowledge on completely unrelated topics? When it comes to trivia, are you considered one of the best in the game? So, what if I told you that you could win money for that vast resource of knowledge.

Well, with HQ Trivia you can now use that knowledge for cash. HQ Trivia, available on the App Store and Google Play, is sweeping the nation in terms of popularity over the past few months.

Its viewership has now reached upwards of a million participants and the cash prizes have grown to record amounts, one being $18,000 on New Year’s Eve. With its seemingly iconic game show host, Scott Rogowsky, HQ Trivia has become a facet of every trivia whiz with a cell phone.

In order to join this largely growing group of trivia nerds you only need to download the app, verify your account with your phone number, select a username and then you are off participating in HQ Trivia to win cash prizes.

The games, as they are called, are played on weekdays at 2 p.m. and 8 p.m. and on the weekends at 8 p.m. HQ Trivia will remind you of these games with notifications on your smartphone, but if you join too late you miss out on the game and become a spectator.

Here is how the game works: you will get 12 questions that get harder as they go along and only 10 seconds to answer each question. Once your answer is chosen it is locked in and you cannot change it. If you get it right you move on, if you get it wrong you are eliminated.

If you manage to make it all the way to question 12 and are fortunate enough to win it all, you split the cash prize with the other winners. To receive your coveted cash prize you will have to cash out with a PayPal account.

HQ Trivia has received attention across the world from celebrities and fans of the live game show. Jimmy Kimmel has even hosted HQ Trivia as well as other celebrities with other guest appearances.

With HQ Trivia now becoming a national phenomenon, you are truly missing out on one of the most popular apps of 2018 and beyond. The creators of the show, Rus Yusupov and Colin Kroll, who also created Vine, plan to one day give away a million dollars.

Will you be there for that million dollar cash prize?